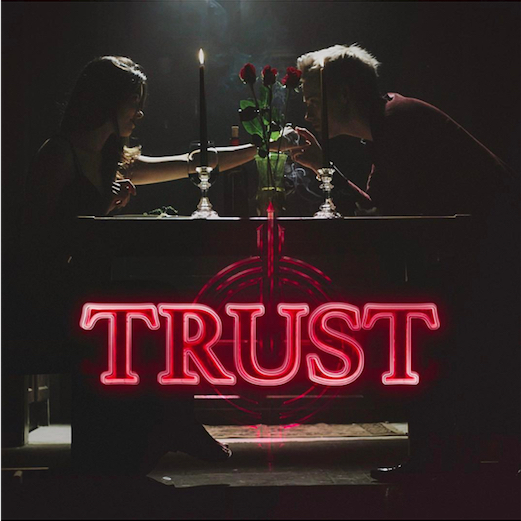 Described a “cinematic pop maestro” for his seamless mergence of film & music, Boy Epic returns with a haunting new video for “Trust”. Premiered late yesterday with Playboy, the track is now available on all digital retailers. Showing a directorial sense of tension and tone, a mastery of detail so refined, the video unfolds as its own mini-movie. Boy Epic comments: “Trust is about my constant battle of self-worth. I’ve often fallen victim to my own insanity and writing about it lyrically/visually, seems to help. I think we as people these days don't put a lot of trust into our personal relationships, nor in ourselves. Ultimately we lose out on great moments because we never really allow ourselves the chance to receive happiness. Even when it's right in front of us.  I find it quite lovely that my own personal hell, can be turned into inspiration for others.”

“Trust” follows Boy Epic’s most recent single and video for “Kanye’s In My Head”, an atmospheric and sultry track with a similarly artful visual component which garnered support from the likes of Alternative Press, Earmilk, High Voltage Magazine, and many more. Inspired by the likes of Christopher Nolan and Depeche Mode, the Dallas native has developed a cult following since his 2014 breakthrough with “Fifty Shades,” a track inspired by Fifty Shades Of Grey that amassed over 11 million views to date. Working in collaboration with producer Cut Down Trees, Boy Epic’s YouTube channel has garnered over 40 million views worldwide, featuring originals like the Suicide Squad-inspired “Scars” and massively popular "Dirty Mind."

As he prepares for a number of notable releases in 2017, stay tuned for more from Boy Epic!