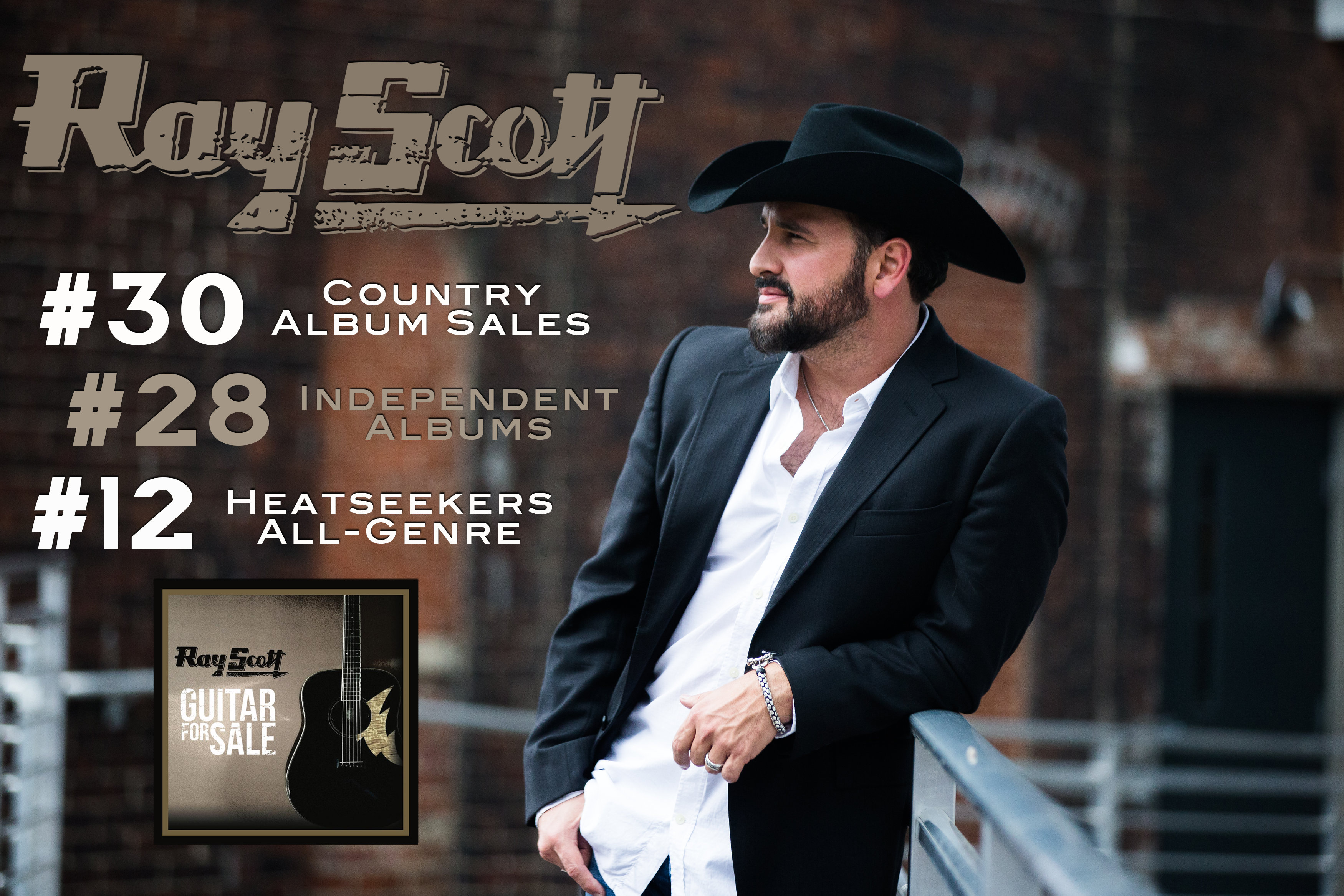 NASHVILLE, Tenn. – Ray Scott’s new album Guitar For Sale is resonating with country music fans, as evidenced by its place on three Billboard charts this week. The project boasts the position of No. 30 for Country Album Sales, No. 28 for Independent Albums and No. 12 on the all-genre Heatseekers Albums chart.

Proving Scott’s continued success as an independent artist, Guitar For Sale is the top country release on this week’s Heatseekers Albums chart. Scott appeared on the Heatseekers chart 12 years ago with his debut album with Warner Bros. Records, My Kind Of Music, which also was No. 39 on Top Country Albums.

Guitar For Sale is available now on iTunes, Amazon, Google Play and at RayScott.com. Scott’s sixth studio album not only showcases his capabilities as one of country music’s favorite baritone voices, but also the songwriting talent he has built a successful career on, reigning in listeners with emotional pull and witty humor. The album was produced by Michael Hughes and is distributed by The Holland Group / Sony/RED.

Tune in to 650 AM WSM on Monday, June 26, as Scott guest hosts alongside Devon O’Day on Nashville Today at 3:00 p.m. CT. Fans outside the Nashville area can listen at www.wsmonline.com.

Keep up with Ray Scott:

About Ray Scott: Ray Scott has built up an impressive career over the past decade. His 2005 debut album My Kind of Music racked up sales of over 100,000 units, and became the # 1 Country Album on the Billboard Heatseekers chart, and his “Those Jeans” single has sold over 300,000 copies – all from the song’s exposure on SiriusXM. He has tallied four No. 1 singles in the United Kingdom, accounted for over one million Spotify streams, and over 711,000 new views on YouTube. Scott has also performed on the stage of the Grand Ole Opry over sixty times in his career. The entertainer has also tasted success as a songwriter, with cuts from superstars Trace Adkins, Clay Walker and Country Music Hall of Fame member Randy Travis to his credit.