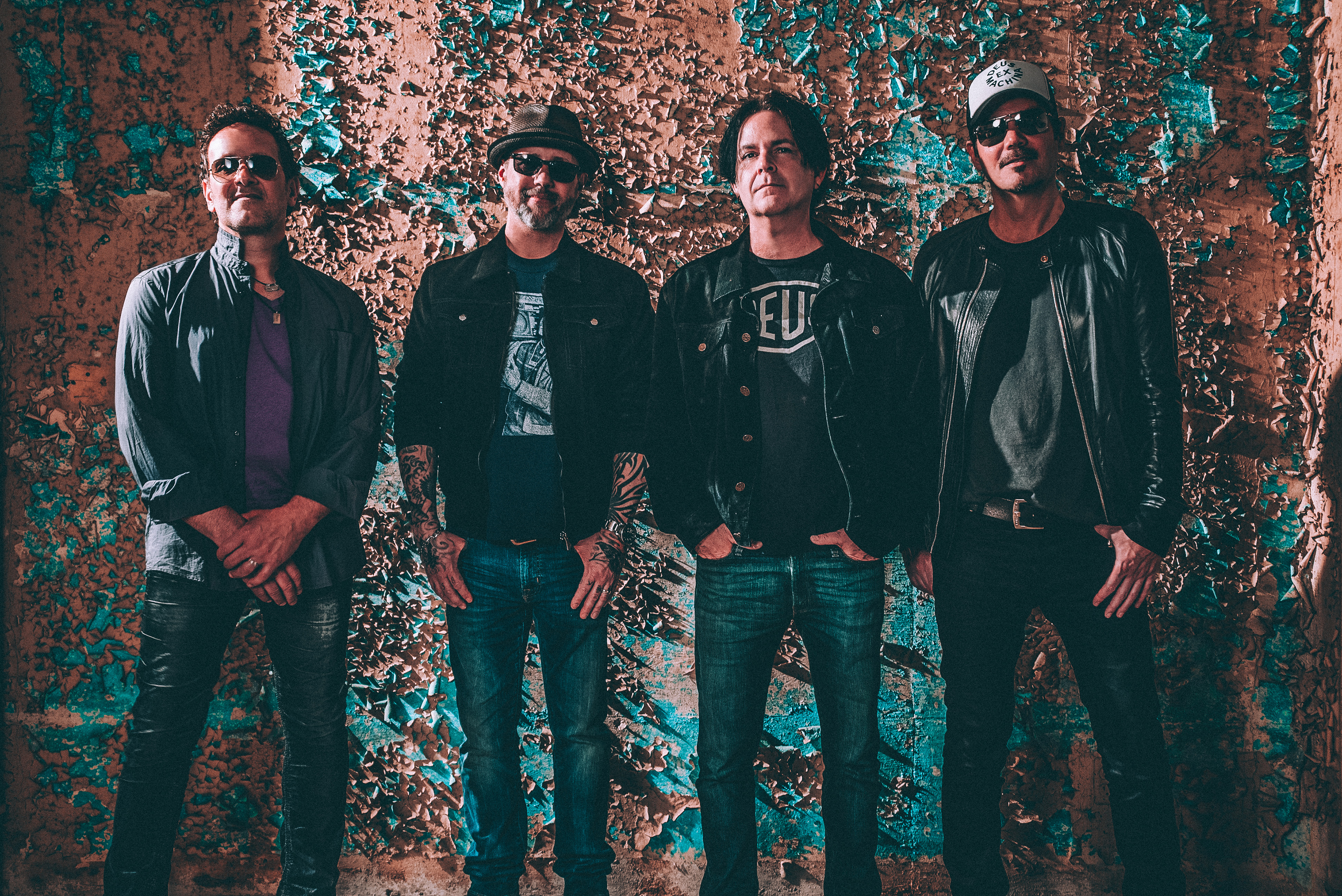 As the release of their new album (July 7th) "California" draws closer, Riverdogs have unveiled their music video for "American Dream".  Jamie Brown for Smoking Guns Productions directed the video and it was shot in one day on location in the high desert north east of Los Angeles.

Each member of the Riverdogs had their own special experience while making this video:

Rob Lamothe: "Jamie Brown and his crew of pirate artisans completely kicked ass on our frickin' American Dream video. Was a hot sweaty day in the Southern California sun... and I don't think anyone else could have inspired me to belt out the song at full volume for 7 hours. Jamie Brown for Vice-Chancellor of Desert Rock Heaviness!"

Vivian Campbell: "I'm a big, big fan of Jamie Brown's work; he's a real talent and he manages to make great videos under sometimes very challenging circumstances. And speaking of challenging, I've never before gone mountain climbing with a Les Paul! Having said that, I think it was well worth the effort for the footage we got - I just wish I'd thought to bring some sunscreen!"

Marc Danzeisen: "It was a hot, dirty, sweaty, long day of shooting this video. I'm still cleaning my drums and my ears a month later! Ultimately, Jamie captured some great footage, it looks amazingly cinematic for shooting with only one iPhone. KIDDING!!  I've known Jamie Brown for decades and always thought he was extremely talented as a producer, musician, director, and whip cracker, and always the loyal friend.  Hope fans dig this, and forgive us for waiting 27 years between the Toy Soldier and American Dream videos. Haha!  Big Shout out to our video queen Fernanda. Thank you!

Nick Brophy: "I remember heading out to the California desert back in 1990 to shoot the Riverdogs album cover. It was so windy and cold that some of the crew weren't able to make it to the location. All these years later, I found myself again driving out to the desert to shoot the first video off our new album "California". This time however, it was much different than the first time...it was HOT! Our director Jaime and his crew did and amazing job wrangling all the footage and produced an incredible video that we're all super proud of. Thanks to everyone at Frontiers for making this happen."

Order the album here http://radi.al/California or at the links below:

Digital pre-orders come with an instant download of "Welcome To The New Disaster," "Something Inside", and "American Dream."

Listen to the second single, "Something Inside" HERE.  Then check out an exclusive acoustic performance of the song HERE.

Listen to the studio version of the track "Welcome To The New Disaster" HERE.  Then check out an acoustic performance of the song HERE.

You can watch a behind-the-scenes video about the making of the album here: https://youtu.be/_ZKFAm6S3Do.