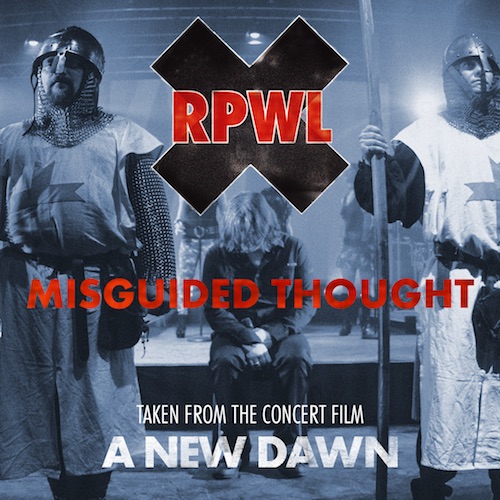 Starting today, the single-track MISGUIDED THOUGHT from the upcoming RPWL concert film A NEW DAWN on YouTube and Vimeo is online. The track gives a taste for this two-hour concert-highlight which is not only in German and English synchronized versions, but also satisfies the highest demands on sound with DOLBY ATMOS.  Watch the video HERE, courtesy of Progressive Music Planet.

The concept albums 'Wanted' (2014) and its predecessor 'Beyond Man And Time' (2012) are widely recognised as career highlights of the German art rock giants RPWL, who celebrate two decades together in 2017 with the release of the long-awaited concert movie 'A New Dawn'. Documenting the last stop on a tour in support of 'Wanted' that saw the talented core quintet make a triumphant appearance in their hometown of Freising, Bavaria on 31 October 2015 for an elaborate show comprising not only a rock concert, but also a play and multimedia event, the one-off production involved 50 actors and extras and is presented on this multi-format title.

The 'A New Dawn' Blu-Ray and DVD formats comprise identical 2 hour long stereo and surround sound mixes of the concert, each with audio tracks in both English as well as German.

Both formats also contain extras : a 15 minute 'Making of' film, the encore 'Unchain The Earth' and the official video clip of 'Sword And Guns'.