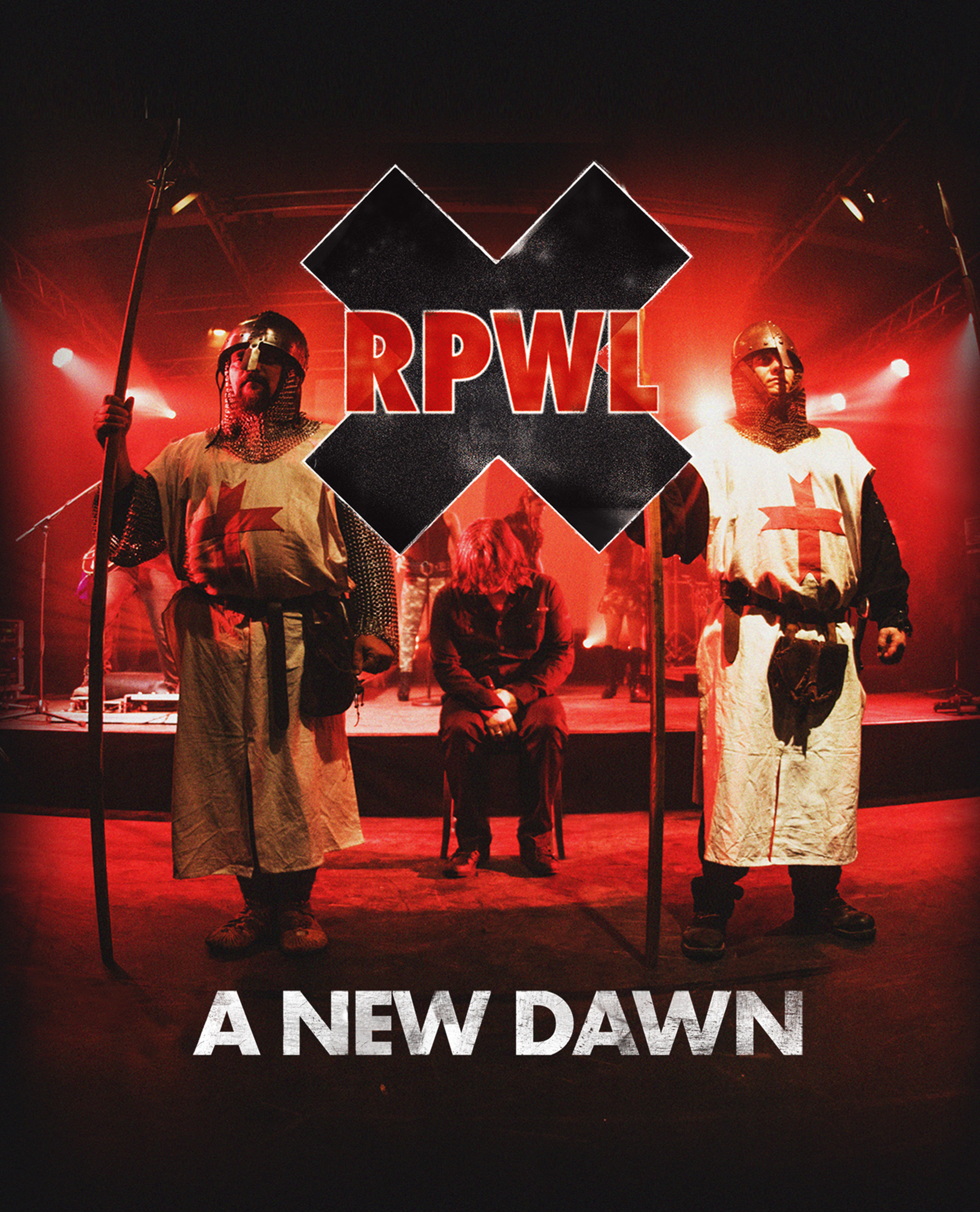 The concept albums "Wanted" (2014) and "Beyond Man And Time" (2012) are widely recognized as the pinnacle of German art rock giants RPWL's discography which meanwhile comprises more than a dozen releases. On the occasion of its 20th anniversary, the band is now set to release the long-awaited concert movie "A New Dawn." It documents the last stop of the tour in support of the "Wanted" album and that evening the Bavarians played in their hometown of Freising, Bavaria in October 2015. The show is an elaborately assembled combination of elements of a rock concert, a multimedia event and a play. This was the first and only time that the mammoth-production was brought to the stage. In addition to the musicians themselves the cast comprised around fifty actors and extras.  Watch a trailer for "A New Dawn" HERE.  Pre-orders are available on iTunes and Amazon.

The movie "A New Dawn" will be release on July 14, 2017 via Gentle Art Of Music on Blu-ray as well as DVD. In addition to that, a recording of the concert will be released as double CD and double LP. There is also a special limited collectors edition that in addition to the aforementioned parts the lavishly designed Limited Collector's Box "A New Dawn" also comprises the script of the Freising performance, a poster and, as a very particular treat, one of the prescription liberation pills from the show, by the name of "Veritas Forte."

With "Beyond Man And Time" RPWL had already started spinning the big wheel, both musically as well as thematically: the first part of the, then still evolving, album trilogy about the liberation of the mind was a direct reference to Friedrich Nietzsches opus magnum "Thus Spoke Zarathustra." The multi-layered concept revolved around a protagonist, seeking his inner self. As a sequel RPWL came up with a both imaginative as well as bizarre story about a band trying to spread a homeopathic drug entitled "Veritas Forte" that is based on a secret recipe against tiredness of the mind among the people of the world. Being faced with the wrath of political and religious leaders, the band is driven underground - and is consequently "Wanted."

The following "Wanted" tour lead RPWL through eight European countries where the group celebrated the gigs as delicately woven multi-media events. The last show of the tour, on October 21, 2015 took place under very special circumstances: for the occasion of this very special performance the show was not only massively re-arranged altogether, but it even received a new title: "A New Dawn." Selected "Wanted" chapters were extended and the production directly established a connection with the "Beyond Man And Time" album - through the medium of acting. All in all the performance turned into a memorable show in front of an enthusiastic audience. RPWL refer to the night as one of the absolute highlights in their career - and rightly so.

The "A New Dawn" Blu-ray and DVD versions comprise identical two-hour-long stereo and surround mixes of the concert, each with audio tracks in both English as well as German. For the English version the narrator and the actors dubbed the lines from the German-language live show. In both formats the following extras can be selected independently from the main movie: a fifteen-minute "Making of" of the concert movie, the recording of the encore of the Freising show "Unchain The Earth" as well as a hitherto unreleased video clip of the splendid "Beyond Man And Time" long track "The Fisherman."