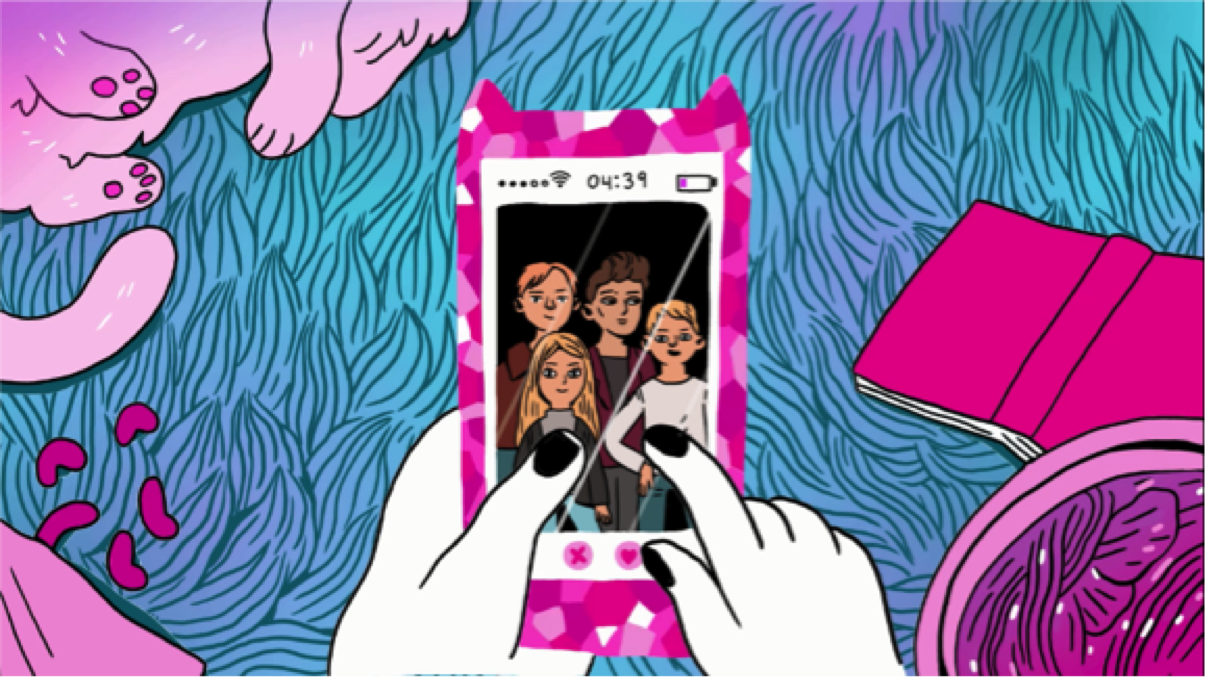 Norway's Sløtface will release their highly anticipated debut album Try Not To Freak Out September 15 via Propeller Recordings. They unleashed new track “Nancy Drew” with Consequence of Sound last week alongside a Q&A where the band discuss their punk roots, freaking out in your twenties, and more. Today, they have partnered with VICE’s Noisey to release the song’s accompanying visuals, created by Norwegian illustrator / animator jellyvamps (Ida Neverdahl). “Nancy Drew” continues in Sløtface’s fiery feminist footsteps, with vocalist Haley Shea reimagining the track’s teen detective namesake as a badass superhero crushing the idea of the music industry’s boy’s club and the patriarchy with one punch.

"Ida came up with the idea to make the lyric video for Nancy Drew about all of the Tinder cliches you come across online" the band explain, -- "guys petting an exotic animal, guys mountain climbing, and illustrating them all in cool clever ways. We loved the idea and just let her run with it, and are super pleased with the final product."

The band’s debut album, Try Not To Freak Out is nothing short of a massive rock record - one that weds their behemoth pop exuberance with epic punk chops. Guitars gleam, choruses soar, and Halvard’s racing drums exude pure adrenaline. Haley’s forceful, firework-spitting punk slices through you with an immediacy and confidence of someone several records in. Her lyrics aren’t explicitly gendered, but she transcends indie rock bravado and self-pity, instead aiming to dismantle the patriarchal structures that hurt society and block progress. Whether it’s a love song from an unexpected perspective or a critique on power and ego, the foursome’s message and undeniably catchy riffs have inspired critics and fans across the globe.

2016 was a sensational year for Sløtface - clocking up more than 6000 plays across international radio, including weekly spins from Annie Mac, Huw Stephens and Phil Taggart on BBC Radio 1 and a playlist add at triple j in Australia. Away from radio, the band are celebrated by the likes of The Guardian, Billboard, NME, Noisey, DIY Magazine, Kerrang!, Rocksound, The Line Of Best Fit, Dork, CLRVYNT, Upset, CLASH, Consequence of Sound, alongside many others. The band will play a handful of European summer festivals and aim to return to the US later this year. Full list of tour dates HERE. Stay tuned for opportunities to experience the band live in the US and for more news on Sløtface coming soon!

Pre-Order Try Not To Freak Out Here