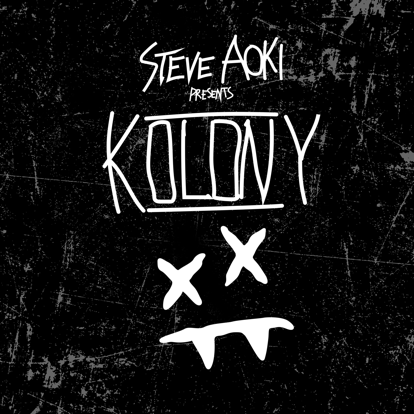 Los Angeles, CA - Grammy-nominated DJ, record producer, restauranteur, fashion and music executive, Steve Aoki unveils his upcoming album Steve Aoki Presents Kolony, an amalgamation of party-cranking tracks that stretch across the boundaries between EDM and rap music, landing on something in between and adding supplemental flavor. The project, due for release July 21 via Dim Mak Records / Ultra Records, marks Aoki’s first full turn into rap music, with nearly 10 years of hip-hop collaborations, which he describes as “bridging the gap” between genres and is stacked with hard-hitting rhymes from some of the most prominent lyricists today, including Lil Uzi Vert, Lil Yachty, Migos, 2 Chainz, Gucci Mane, ILOVEMAKONNEN, T Pain, and more.

“When I was in the studio working on this project or a song with someone that made it to the album, they brought their own crew, and I'd turn around and be like, ‘this squad is like a colony,’” explains Aoki of the title. “We're like a colony, because it just felt like the energy in the room was more vibrant. It was a lot of energy from people flowing from the studio, and I loved that think tank, that group collaboration, and spirit.”

“Night Call” serves as a standout on the Kolony tracklist and is the product of mutual support between Aoki and rap’s hottest trio Migos, recorded in their ATL studio and featuring Yachty on the off chance of dropping by during the session. Steve debuted the hip-hop record back in May in front of 25,000 people at Austin's JMBLYA festival.

Steve Aoki is a two-time Grammy-nominated electronic dance music superstar who stands as one of pop music's most tireless multi-hyphenates. One of the Top 50 artists in the world on Spotify, Aoki has continuously established himself as one of music’s most notable names and faces, boasting an illustrious catalog with chart-topping hits. This past year, his latest single with Louis Tomlinson of One Direction fame, "Just Hold On," reached #1 iTunes overall in 43 countries including the UK, and #1 iTunes Dance in 50 countries including the US. Aoki also earned his latest Grammy nomination this past year for the Best Music Film category via his Netflix original documentary I'll Sleep When I'm Dead, which chronicles his fast-paced life as a DJ/producer and offers fans a firsthand look into his world. The film debuted at the Tribeca Film Festival last spring to a sold-out audience.

In 1996, Steve Aoki founded DIM MAK and developed it into an influential independent record label and music lifestyle brand. Responsible for launching the careers of seminal acts such as Bloc Party, The Bloody Beetroots, The Chainsmokers, Deorro, Keys N Krates and countless others, the independently owned DIM MAK has consistently pushed new musical movements via its staunch DIY ethos. With a back catalog hundreds of records deep, a history of legendary live events, and a fully formed clothing line, Dim Mak continues its global mission of promoting boundary-pushing music and culture ‘by any means necessary.

Full tracklist for Steve Aoki Presents Kolony is below, pre-order the album HERE: