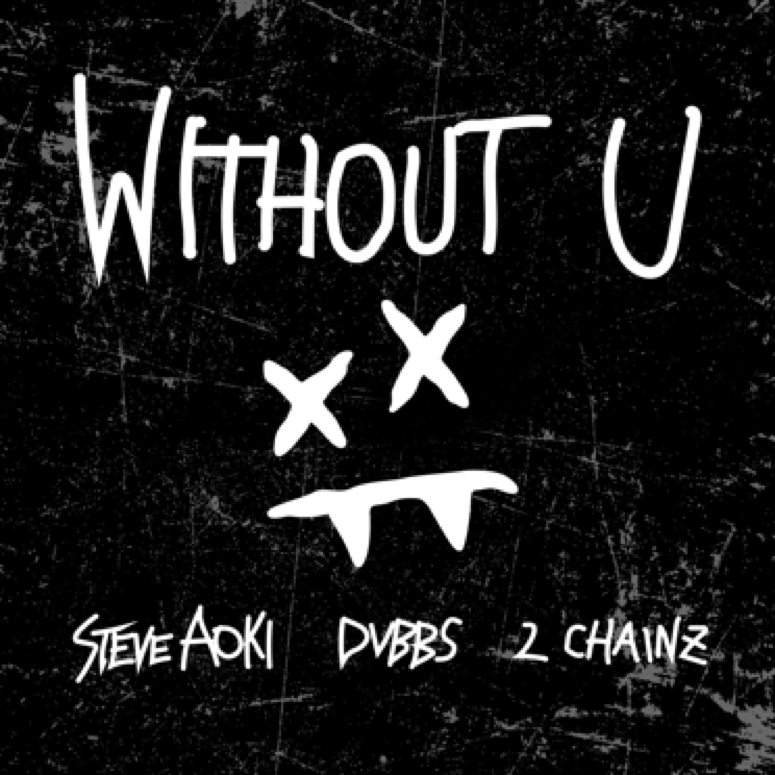 Los Angeles, CA - Acclaimed record producer, DJ and label founder Steve Aoki has unveiled the official music video for his latest single “Without U,” featuring DJ/production duo DVBBS and rapper 2 Chainz. The first release off Aoki’s forthcoming album KOLONY, the video for “Without U" follows Aoki, 2 Chainz, and DVBBS through the winding halls of Dim Mak Manor. Filled with moving portraits and animated mannequins, the video’s stark minimal and monochromatic composition effortlessly compliments the feeling of the track.

“The Without U video is the first look into the Dim Mak manor where you get to see a room in the house curated by 2 Chainz, DVBBS and I. Each room of the manor is designed by a different song from the album all interconnected in this Kolony community,” said Aoki.

“Without U” comes off the announcement of Steve Aoki Presents KOLONY, due for release July 21 via Dim Mak Records / Ultra Records, his first full turn into rap music. With nearly 10 years of hip-hop collaborations, Aoki describes it as “bridging the gap” between genres and is stacked with hard-hitting rhymes from some of the most prominent lyricists today, including Lil Uzi Vert, Lil Yachty, Migos, 2 Chainz, Gucci Mane, ILOVEMAKONNEN, T-Pain, and more.

Aoki’s pop-driven single with One Direction member Louis Tomlinson, “Just Hold On,” released last December, has debuted at #1 in 43 countries and achieved Gold or Platinum status in 18 countries. He also earned his second Grammy nomination this past year for the Best Music Film category via his Netflix original documentary I'll Sleep When I'm Dead, which chronicles his fast-paced life as a DJ/producer and offers fans a firsthand look into his world. The film debuted at the Tribeca Film Festival last spring to a sold-out audience.

Aoki recently celebrated the 20th anniversary of his legendary imprint Dim Mak. Founded in 1996, the independent label has encompassed everything from edgy rock to trendsetting electro throughout its 20 year span, last year seeing the release of a special edition compilation album and celebrations at major festivals around the globe.

Canadian Electronic Duo DVBBS, made up of brothers Chris Chronicles & Alex Andre, are most famous for their joint international hit with Borgeous titled “Tsunami." Since “Tsunami," they’ve dropped a string of hits including “La La Land,” “Gold Skies,” and their No. 1 breakthrough “Angel.” Relentlessly expanding their cultural footprint through platinum sales certifications in nearly a dozen countries, their latest hit with CMC$ “Not Going Home” featuring Gia Koka has gained over 60 million Spotify streams.

Grammy award-winning rapper 2 Chainz hails from College Park, Georgia and catapulted into the mainstream in 2012 through the release of hit-singles "No Lie," "Birthday Song," and "I'm Different" off his debut studio album. His recent single “It’s A Vibe” is stacked, with features from Ty Dolla $ign, Trey Songz and Jhené Aiko.