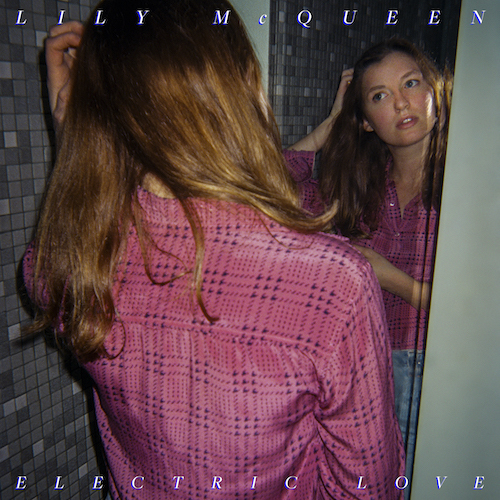 Bicoastal pop starlet Lily McQueen is preparing to release her debut full-length Electric Love this Friday June 30th on Concierge Records. In anticipation, the album is now available to stream exclusively with LADYGUNN Magazine alongside an in-depth interview.

Known for her eclectic blend of 80’s pop-rock, Electric Love showcases McQueen’s songwriting craftsmanship and her emotionally resonate artistry. Exploring themes of heartache and longing, each track exudes an electric fervor that can transport even the most jaded to wistful memories of first loves and summer nights. The nine tracks of effervescent yet grounded pop trace McQueen’s ability to be vulnerable in the face of heartache and in doing so find her strength.

On the heels of her 2015 debut EP which garnered acclaim from the likes of i-D, NYLON, and Idolator, Electric Love sees Lily McQueen emerge with her most artistically honest work to date. For a taste of her kinetic live energy, fans can catch her live in Philadelphia on 6/27 at Ortliebs and in New York on 7/9 at Baby’s All Right!