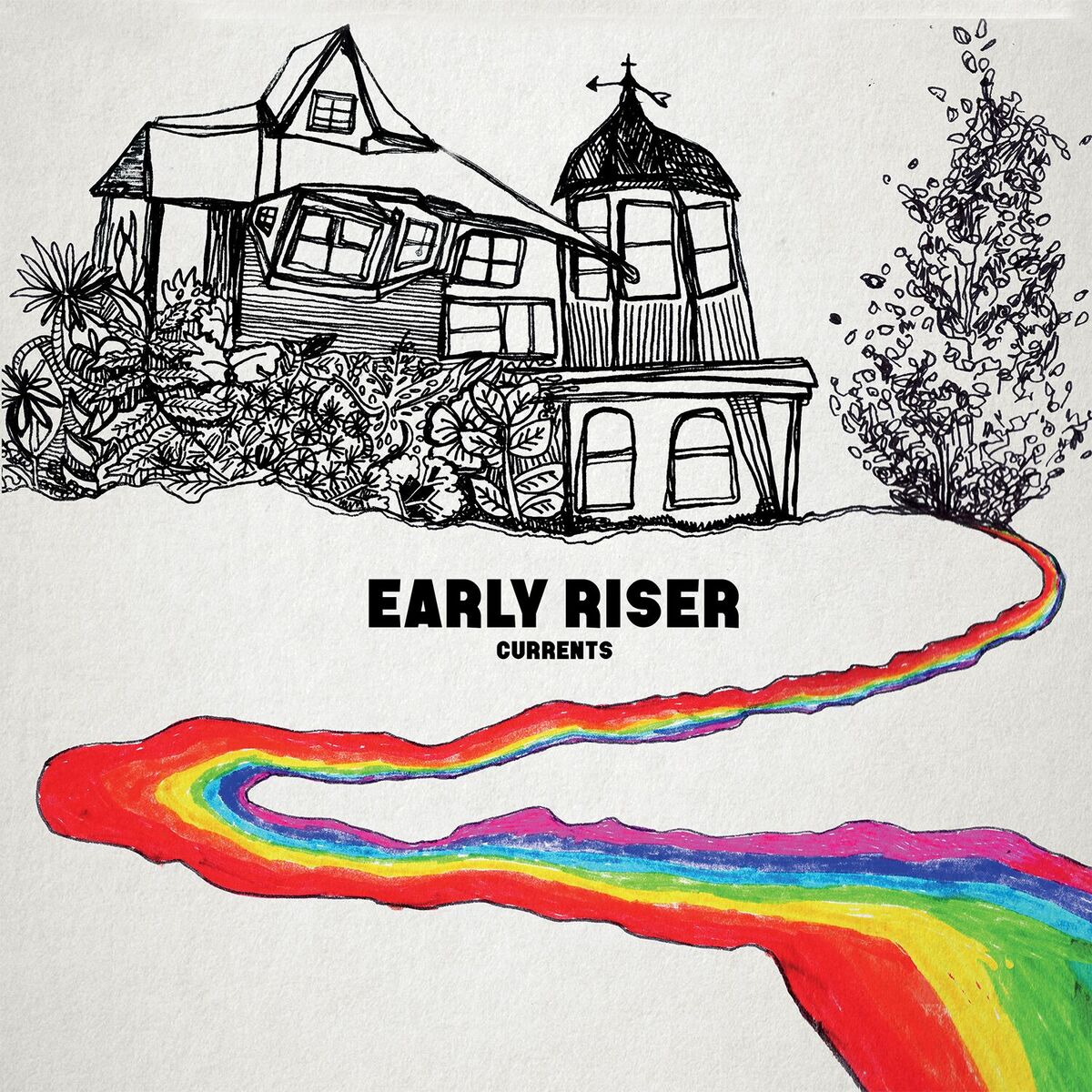 Early Riser’s long awaited debut album Currents premiered on New Noise Magazine June 15th, a day before its official release on Anchorless Records and A-F Records. The band performed at last weeks Northside Festival alongside Anika Pyle and is pumped with momentum. After receiving critical acclaim for their single “The Nevers,” and its subsequent video featuring Jeff Rosenstock and Chris Gethard, Early Riser released their second single, “Find Me For This Waltz,” teasing their second music video. With their album release tour coming up later this month joined by The Homeless Gospel Choir, Early Riser is coming at this release, an album almost two years in the making, at full force.

With a successful pre-sale as part of the A-F Records 2017 Record Club, they have nearly sold out of their limited edition translucent blue vinyl. A limited amount of sea foam green vinyl are still available via Anchorless Records, along with random single-colored vinyl from A-F Records.

To make Currents, Early Riser traveled to Noisy Little Critter Recordings in suburban Philadelphia to record with producer Joel Tannenbaum (Plow United, The Rentiers) and engineer Mike Bardzik (engineering credits include Spraynard, Mischief Brew, The Sundials). Accompanied by their TCGS-mate Zane Van Dusen (Mindtroll, Toys and Tiny Instruments) on bass and Davie Olson (Nevada Nevada, Poison Control Center) on drums, Kiri Oliver and Heidi Vanderlee crafted an album all about getting up and not giving up. The album is 30 minutes of upbeat songs that touch on darker themes, bringing humor to the tougher parts of life, reminding the listener to persevere and look at the bright side, while having a little bit of fun.

Check them out on the road!