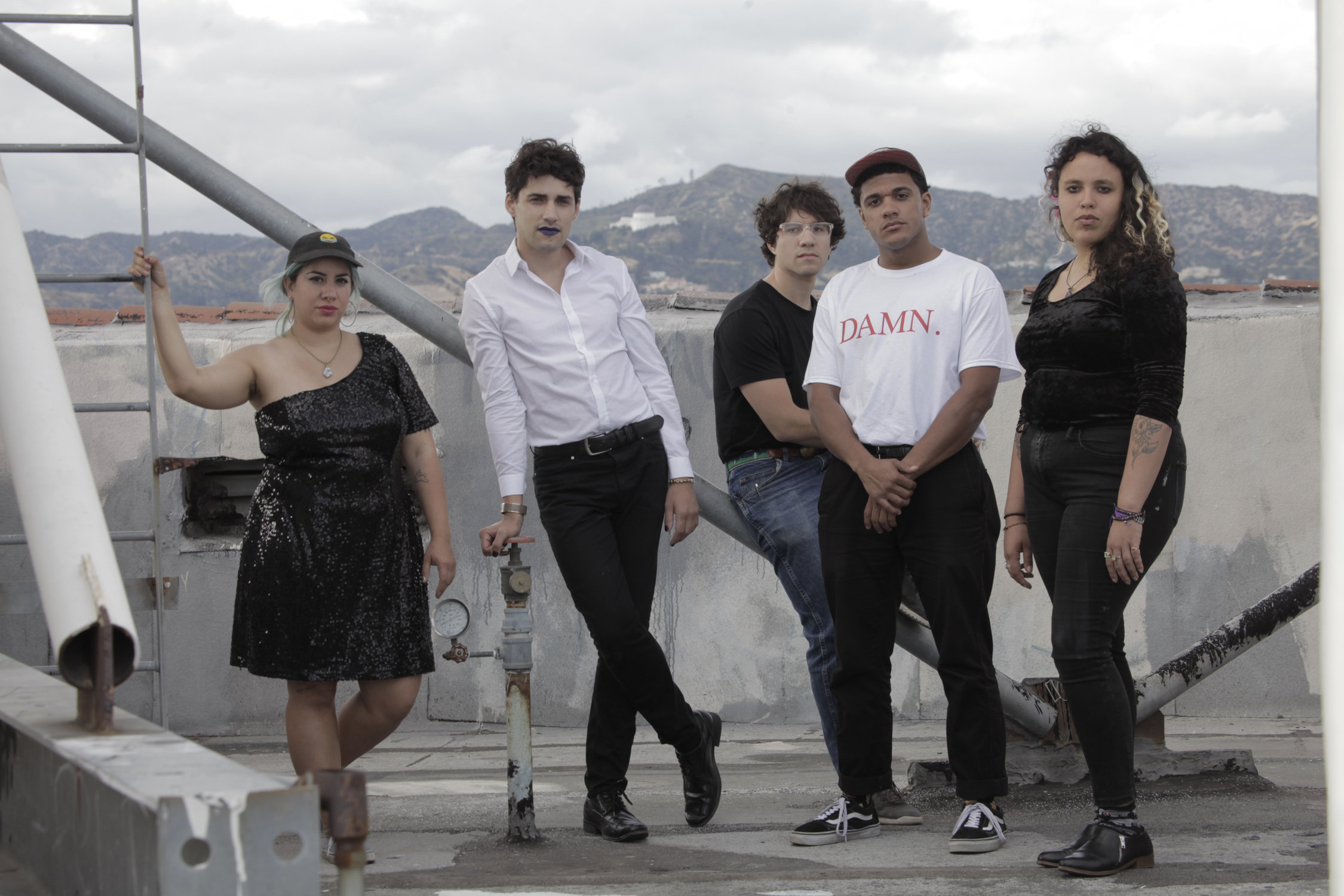 Downtown Boys use their ferocious energy and powerhouse live shows to unite crowds in the struggle to smash racism, queerphobia, capitalism, fascism, boredom, and all things people use to try to close our minds, eyes and hearts. The Providence, RI band will release their third album, Cost of Living, August 11 on Sub Pop. Since the release of lead single “A Wall,” the band has earned accolades from Pitchfork, FADER, Stereogum, NPR, SPIN, Consequence of Sound, Remezcla and many more. In addition to festival appearances at Riot Fest, London Calling, Made In America, and a House of Vans summer show w/ Royal Headache and Sheer Mag, Downtown Boys have added a slew of dates to their upcoming tour. Full list of dates HERE or see below.

Cost of Living is Downtown Boys’ first record for Sub Pop, and the band is using this new platform as a megaphone for their protest music, amplifying and centering Chicana, queer, and Latino voices in the far-too-whitewashed world of rock. The album is at once incendiary, cathartic, and fun, melding the band’s revolutionary ideals with boundless energy. Produced by Fugazi’s Guy Picciotto, one of indie-rock’s most mythological figures (he also produced Blonde Redhead, The Gossip, and others), Cost of Living shows a sense of maturity without compromising the band’s righteous assault and captivating presence.

The position of Downtown Boys has been clear since they started storming through basements and DIY spaces with their radically-minded, indefatigable rock music: they are here to topple the white-cis-het hegemony and draft a new history. This is how Downtown Boys began, and their resolve has only strengthened as both their sound and audience have grown. Like the socially conscious groups of years past, from Public Enemy to Rage Against the Machine, Downtown Boys harness powerful sloganeering, repetitive grooves, and earworm hooks to create one of the most necessary musical statements of today.