NEWS: The Melvins Stream "What's Wrong With You" 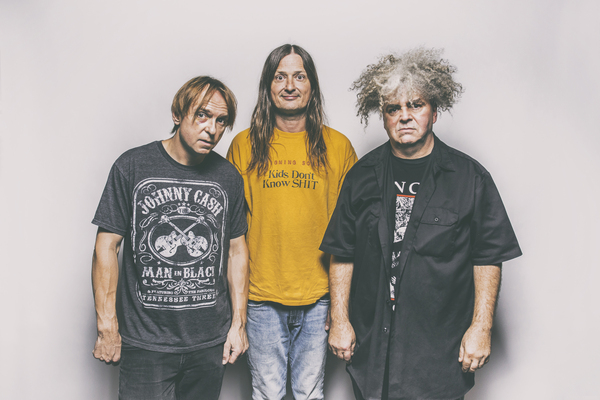 June 23,, 2017, Hawthorne, Calif. – The Melvins, who release the double album A Walk With Love & Death on July 7 via Ipecac Recordings, stream new song, "What's Wrong With You" (https://youtu.be/lC11ccGKItQ).

The song features vocals from Steven McDonald (Redd Kross/OFF!), who is part of the band's current recording and touring line-up, as well as That Dog's Anna Waronker.

"We love Steven! 'What's Wrong with You' is a great addition to our long Melvins catalog," proclaims Buzz Osborne. "There's no other song on this record that sounds like it and that's what makes it so cool!”

Pre-orders for the 23-track release are available now: http://smarturl.it/MelvinsAWWLAD. Digital pre-orders include an instant download of “Christ Hammer" (https://youtu.be/Mp260FBm6IA) and "What's Wrong With You."

With A Walk With Love & Death, the trio of Osborne, Dale Crover and McDonald showcase two distinct sides of the band’s music: Death, a proper Melvins’ release and Love, the score to the Jesse Nieminen directed, self-produced short also titled A Walk With Love & Death. A release date for the short has not been announced yet but a trailer has been made available: https://youtu.be/NhWvlpf-uXg. The albums, which include guests Joey Santiago (The Pixies), Teri Gender Bender (Le Butcherettes/Crystal Fairy) and Anna Waronker (That Dog), were co-produced with Toshi Kosai.

The band recently announced an extensive, 12-week North American tour with labelmates Spotlights opening on all dates. Spotlights will release their Ipecac Recordings’ debut this fall.

The Melvins perform tomorrow with Tool at the Glen Helen Amphitheater in San Bernardino, Calif.