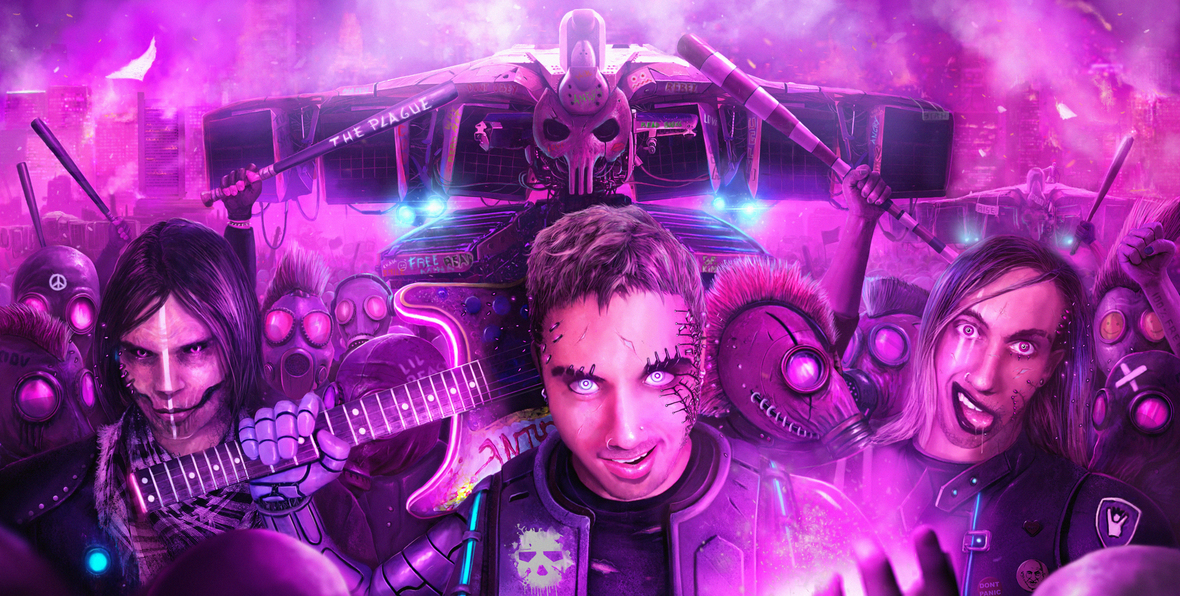 Rochester-based "Futurepunk" band The Plague has released their latest single "Fallen" along with a celestial lyric video that premiered with Idobi Radio. The visual (created by Back Sheep Media) takes the viewer aboard a bio-mechanical mothership while detailing the song's message of trusting your sense between right and wrong.

"I wrote this song after my first band broke up," says Frontman David Adam Monroe. "We toured for 10 years and without that band I didn't know what to do with my life. I started following a voice inside me that was figuring what is right and wrong, I started following a higher power. I learned a lot about human potential for courage because I had to take a lot of risks and fight against a lot of forces telling me not to change and grow."

Monroe's first band, Third Estate, appeared on Warped Tour from 02-06 and toured with many established acts like Story Of The Year, Yellowcard, and My Chemical Romance. After their disbandment, Monroe began producing records alongside Glen Matlock (Sex Pistols) and Earl Cohen (Lady Gaga, Pink, Jessica Simpson), and served as an A&R rep for Victory and Torque records.

"Fallen" will be on The Plague's debut album Hope For The F.U.T.U.R.E, releasing in the fall of 2017 on Recover Records. You can purchase "Fallen" now on iTunes.

Connect with The Plague: