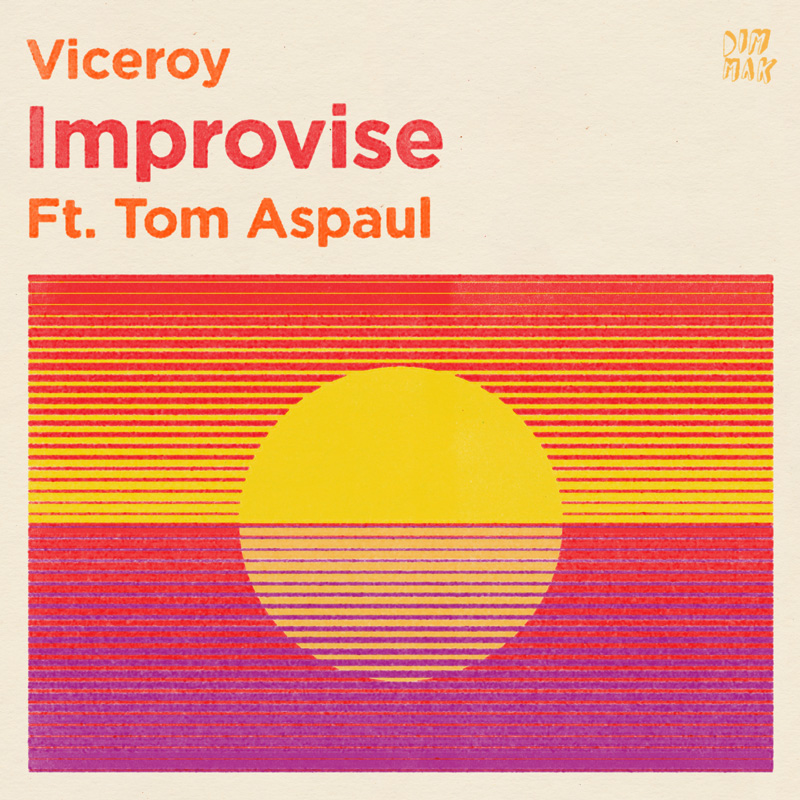 Hindsight may be 20/20, but looking ahead is paramount to progress. Fresh off his Winter Live Tour, Viceroy reminds us to focus on the future and, when in doubt, fake it ‘til you make it in his newest track "Improvise," which couples the producer's signature upbeat aesthetic with disco influences. The result is a refreshing deviation from the norm; "Improvise" still emulates Viceroy's summertime essence while its soulful elements add depth. "I've been really striving to move my music towards a full on disco and funk feel. ‘Improvise’ is really my first single that showcases my passion," says Viceroy. His passion shines through in the track's groove-worthy melodies and poignant lyrics courtesy of Tom Aspaul, making "Improvise" a winning track for summer 2017.

Whether he's playing house and disco infused jams or remixing hip hop artists, Viceroy's music is always feel-good and undeniably danceable. His personally curated easy, breezy sound has given his "summertime, all the time" brand a devoted fanbase, with a multitude of his songs reaching #1 on Hype Machine. The "Sultan of Summer" has taken the stage at performances around the globe and will be playing at Electric Forest and Life is Beautiful festivals this season. If you can't catch him live, channel Viceroy's vibes via his "Jams Not Bangers" Playlist on Spotify, or his recent 2016 Sweat It Out EP, Just Marinate. No matter where you're tuning in from, you can have summer time all the time with Viceroy.

Adding vocals to the track is singer/songwriter Tom Aspaul. In 2013 he signed to Little Boots’ label, On Repeat Records, for his debut single “Indiana.” The track quickly climbed to the top of the Hype Machine charts and earned accolades from THE FADER and Pitchfork, with the latter calling Indiana “The kind of prancing love song that results from pop’s inbreeding with electronic music and the mistier side of R&B.” Additionally, Kylie Minogue re-recorded a version of the track for her Kiss Me Once EP and renamed it “Feel So Good.” She isn’t the only artist to utilize Tom Aspaul’s songwriting skills. Aspaul has worked with and penned cuts for AlunaGeorge (“Mediator”), Little Boots (“Working Girl”), MNEK, and Jakwob, to name a few. In Fall of 2016, Aspaul released his first EP Left, which perfectly showcases the skills that he has developed over the years.

ABOUT DIM MAK: In 1996, Steve Aoki founded DIM MAK and developed it into an influential independent record label and music lifestyle brand. Responsible for launching the careers of seminal acts such as Bloc Party, The Bloody Beetroots, The Chainsmokers, Deorro, Keys N Krates and countless others, the independently owned DIM MAK has consistently pushed new musical movements via its staunch DIY ethos. With a back catalog hundreds of records deep, a history of legendary live events, and a fully formed clothing line, Dim Mak continues its global mission of promoting boundary-pushing music and culture ‘by any means necessary.