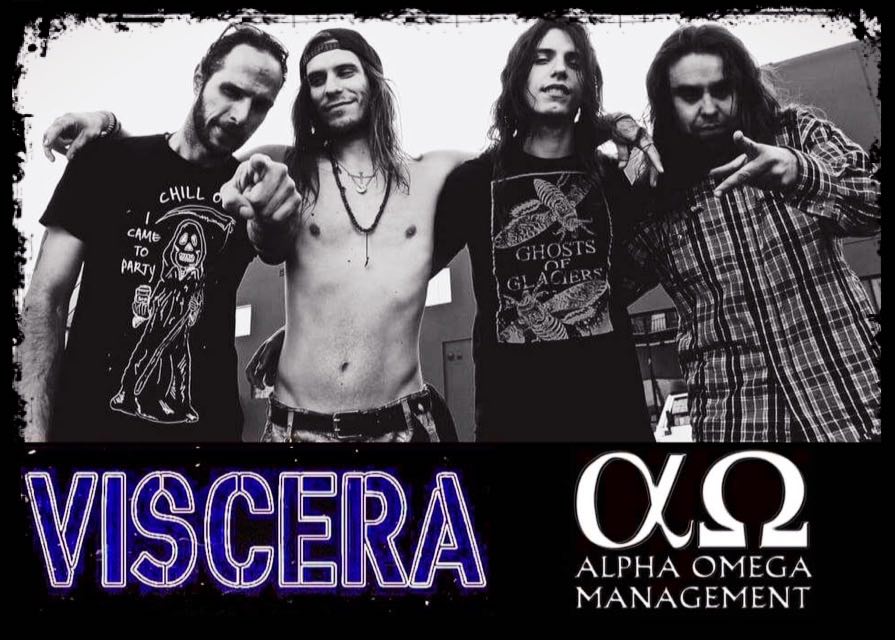 ALPHA OMEGA Management is extremely glad to announce the signing with the rock/punk rebellious VISCERA!

VISCERA - founded by brothers Chris Edward & Ralph Anthony "Rafael" Buzea - the two life long travelers, nomadic souls, inseparable! VISCERA is the definitive "Ride or Die" band outta Hollywood, CA. Masters of their unique blending of metal, punk & rock ... not your typical band ... not your typical sound ... and, most definitely, not your typical group of musicians. Currently, VISCERA are recording their first full length LP; at LA Sound Studios in Hollywood, CA; expected release mid 2017, along with several music videos in support of the new record. On their last tour, Angels & Demons 2016, the band made a bit of history; being the first ever American artist, of any genre, to travel to and perform in the country of Belize.

Comments the band: "We are all very happy excited & excited to be working AlphaOmega. Everyone from the management team has been wonderful, and we're looking to doing many, many great things together and rocking the fuuuuuck out!!"

ALPHA OMEGA Management adds: "We're so thrilled to welcome VISCERA to our roster family! These guys work hard to get where they want, and with the right attitude and mind, VISCERA is ready to go to the next level! Stay tuned for next announcements, soon!"

VISCERA, hailing, in part, from Mexico City, bits of Canada & all across the United States .. their ferocious appetites for anarchy, adventure & revolution landed the already notorious "Booze Brothers" in Los Angeles, California; where they quickly injected themselves deep into the heart of Hollywood .. the entertainment capital of the world .. City of Angels.

They wasted no time in establishing VISCERA's most infamous home base to date, only inches from Hollywood Boulevard's legendary Walk of Fame .. in the Yucca Corridor at Whitley Avenue ... a hotbed already bubbling with radical, delinquent, frequently nefarious - often musical - talents, faces & activities.

This lion's den would serve as the epicenter to the band's meteoric arrival into the artistic atmosphere; an explosive wave whose gravity would pull into the group, not only, Italy's guitar phenomenon n all around wild child Marko Polo, but also Glendale's rock n' roll titan & prodigal son Moses Gonzalez .. the ONLY two musicians in town whose spirits, drive, intensity & durability could both match and mesh with that of the Buzea Bros. .. in such a way .. to bring you .. VISCERA!