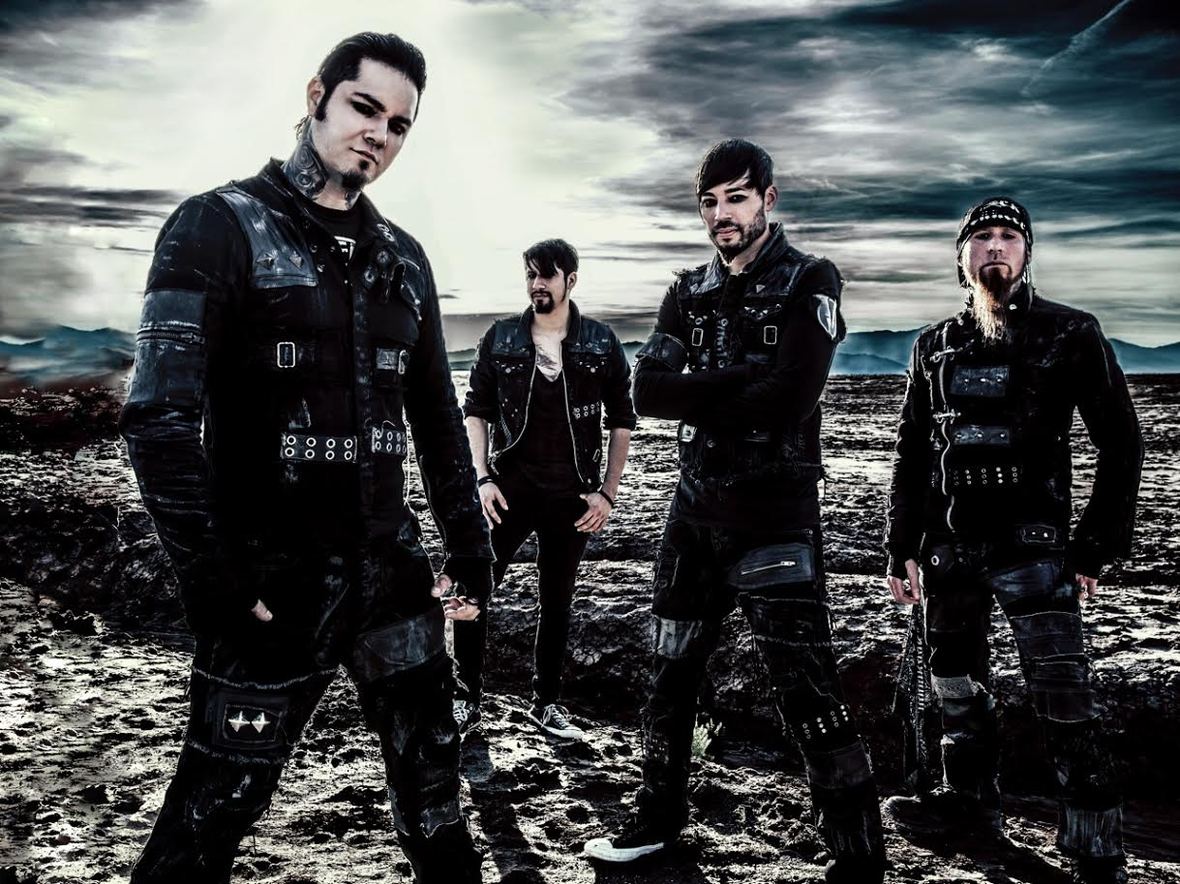 Los Angeles, California Independent Heavy Active Rock Band VYCES premiered the video for their latest single “Nocturnal” featuring Carla Harvey of Butch Babies on Bravewords.com today! “Nocturnal” was released to all digital media outlets on June 6th and will be on their next EP titled ‘Angels’ due out Fall of 2017. The debut single is currently impacting radio with early adds already in at WIIL, KHTQ, KFRQ, and Music Choice. In support of the release the band has added additional dates with bands Shallow Side and Dead Horse Trauma.

The video can be seen here: http://bravewords.com/news/exclusive-vyces-release-nocturnal-video-featuring-butcher-babies-carla-harvey

The video was filmed at Tiger Lab Studios and was directed by Ron Thunderwood, who stated "I feel really lucky to have worked on this- it's been the coolest challenge I've met as a director... mixing practical and CG effects, we really got to create another world."

In the summer of 2014 Chicago native Dave Naruszewicz was looking to work on a new project following the disbandment of his former group Heart Set-Self Destruct. After years of touring with such bands as Filter, Hell Yeah, and Volbeat (to name a few) he realized it was time for change. Dave decided to reach out to longtime friend and drummer Russell Ray (formerly of Old Fashioned Beatdown).

Dave began flying to Los Angeles from Chicago twice a month to build something new, original, and undeniable. Russ then reached out to Shawn Patterson (former guitarist for Old Fashioned Beatdown). Shawn was the perfect fit, and the three began sending demos to each other that would become the foundation of VYCES. After a few writing sessions, they decided to go into the studio with Augustus Cryns (producer of Stitched Up Heart, XO Stereo, The Dead Rabbits, and Westfield Massacre), and also featured Mark James Klepaski (Formerly of Breaking Benjamin, and Lifer) on bass. After a year of writing and recording the band has finished 22 songs. VYCES has sonically created a solid blend of Active Rock and Metal. Dave describes the soul of the songs through his lyrics as exploring the darker side of human emotion and behavior. "It's something everyone can relate to because everyone has experienced some form of hurt, betrayal, weakness, hate, addiction, and/or lack of acceptance" says singer Naruszewicz. "It’s also the fuel that drives us to become stronger, get better, and overcome the flaws we've built in our minds."

In October 2016 VYCES released their debut EP “DEVILS” and released a music video for the single “DEVIL.” The band also co-headlined THE HELLRZZR TOUR in October and November which trekked across the U.S performing in 29 cities in 33 days.

Look for VYCES on their summer and fall tour.