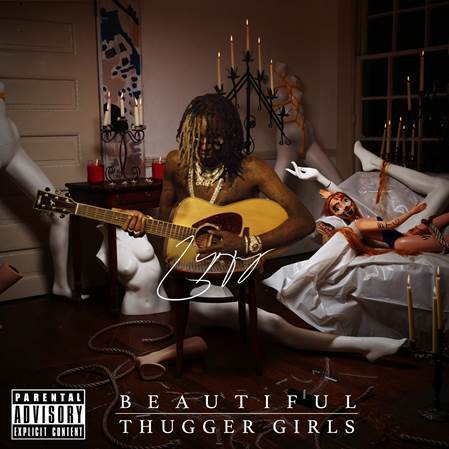 “Beautiful Thugger Girls” sees the visionary multi-art form superstar singing all 14 tracks on a collection of songs recorded earlier this year. Young Thug heralded the project this week via a post on his hugely popular Instagram (@thuggerthugger1). The post earned immediate media attention from a number of top music media outlets.

JEFFERY made a spectacular chart debut upon its release, arriving at #8 on the overall Billboard 200 as well as at #5 on the “Top R&B/Hip-Hop Albums” tally. The collection – which features tracks like “Wyclef Jean” and the smash “Pick Up The Phone (Feat. Quavo,” performed by Young Thug and Travis Scott – also drew unprecedented critical attention, with Rolling Stone applauding “Thugger’s strongest collection since 2014” by noting that, “as usual it’s Thug’s own sound that predominates: the heroic howls, rasps, mumbles and wheezes of a man who is as captivating a vocalist as any in pop.” The former Jeffery Lamar Williams makes black comedy out of irrepressible sound,” wrote legendary critic Robert Christgau in NOISEY, “cutting the fool with such delight that I found myself not just engaged but agape. Nude or digital, speaking or chanting, narrating or bragging, exclaiming or explaining, sobbing or gasping or chuckling or cackling, his hoohoos and melismas and blahs and mwas and frogcroaks and put-puts are the message.” “Thug understands the modern pop song construction better than anyone: anything and everything can be a hook,” declared Pitchfork. “For nearly 42 minutes, JEFFREY explores spacing, lines, form, texture, and beauty…It’s rangy and stunning, an exciting new curve in the fascinating Young Thug arc.”