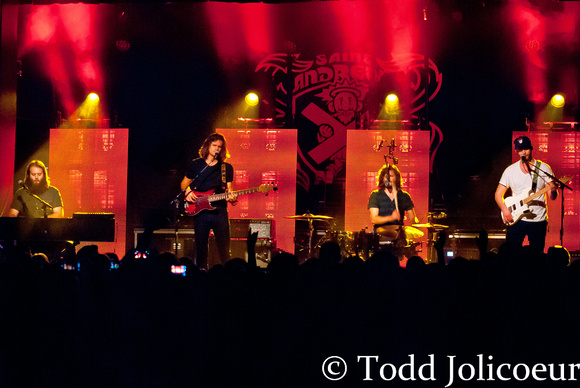 I am never sure what to say or do when a publicist says, "Hey, I have this band..."  In the case of Kongos, I am so glad I received that follow-up email.  After checking these guys on YouTube, I couldn't wait to check out the show.  The four brothers from South Africa are so much more than a hit single.  They are a dose of energy and enthusiasm missing from a lot of music these days.  From the minute they hit the stage, they play their hearts out for the fans that packed St. Andrews Hall in Detroit on a freezing Wednesday evening.  The dynamic of the band is unique, in that over the course of the first three songs, we are treated to lead vocals from three of the four guys on stage.  How many times in your musical journey can you say you saw a rock show that included an accordion and the show rocked?  If you see a Kongos show, it will be one of those moments.  The smiles from the guys as they play are infectious and you can see wide toothy smiles if you look through the all ages crowd as well.  Culling eleven of their songs from their debut release, Lunatic, the band moved easily through singles "I'm Only Joking," "Come With Me Now," "Escape," "Sex On The Radio'" and fan favorite "I Want To Know."  The energy of the show started with "Hey I Don't Know" and progressed from there.  From left to right, there was Johnny on accordion and keyboards, Dylan on bass, Jesse on drums, and Daniel on guitar.  An added bonus of the night was the inclusion of three covers: "Eleanor Rigby," New Order's "Blue Monday," and a 70's track from their father John Kongos, "Tokoloshe Man."  Two Kongos compositions that injected an extra bit of energy to the show that weren't included on the band's debut disc but featured on tonight's setlist were "I Don't Mind" and "Take It From Me."  Other highlights that added to the evening of great music were "Kids These Days" and "It's A Good Life."  If you know who Kongos are, check out the tour dates and try to catch a show.  If you don't, check them out online, and then check out the tour dates and try to catch a show - trust me, it will be more than worth your time! 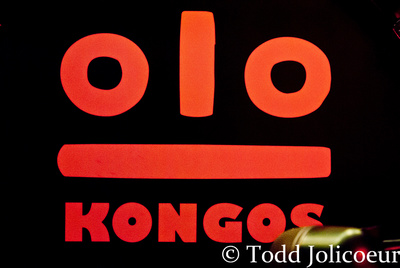