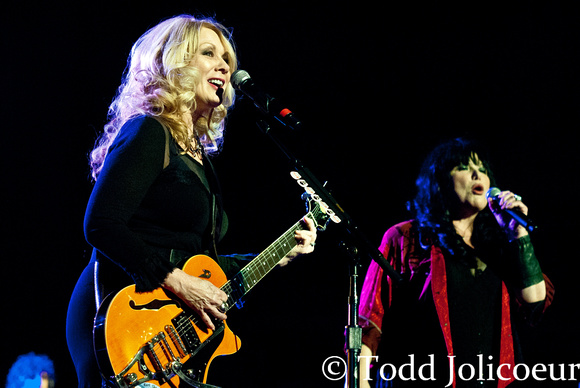 What can you say about Rock And Roll Hall of Fame members Heart - The Wilson sisters - that hasn't been said before?  Not much.  Even they don't have much to say - this latest show in metro Detroit proved that, as they let the music do the talking for them.  Opening the show with the classic "Magic Man" and following that with "Heartless" was a one-two punch that would be hard to follow up for any band, but not these rockers.  The minute they broke into "What About Love" the crowd was whipped into such a frenzy there was no slowing down.  Ann and Nancy took the stage and along with their band controlled the audience, which was full of Heart fans, The Heart Mongers.  Watching these two move around and crank out the hits one after another was more proof positive that rock is certainly not dead.  Hearing songs that run from one end of their catalog to the other was fun and nostalgic, yet every song seemed crisp and fresh.  Ann's voice was stronger than it has sounded in recent years and Nancy's harmonies and guitar parts are still an integral part of the show.  The only flaw in this killer night of rock 'n' roll I see is the band ending their set with a three song encore made up of Led Zeppelin tunes.  I know they love the band and wish to pay homage to LZ, but with the catalog Heart possesses, I would have rather heard them play three or four more of THEIR classics!  If you get the chance, pick up a ticket and go see this killer show from a genuine rock 'n' roll band. 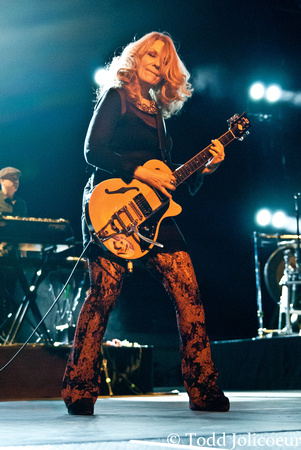 Setlist: Magic Man - Heartless - What About Love - Kick It Out - Straight On - Mashallah - Bebe Le Strange - There's The Girl - These Dreams - Alone - Day Of The Eagle - If Looks Could Kill - Crazy On You - Barracuda - Immigrant Song - No Quarter - Misty Mountain Hop