CD / DVD REVIEW: THE ROLLING STONES - From The Vaults: The Marquee Club Live In 1971 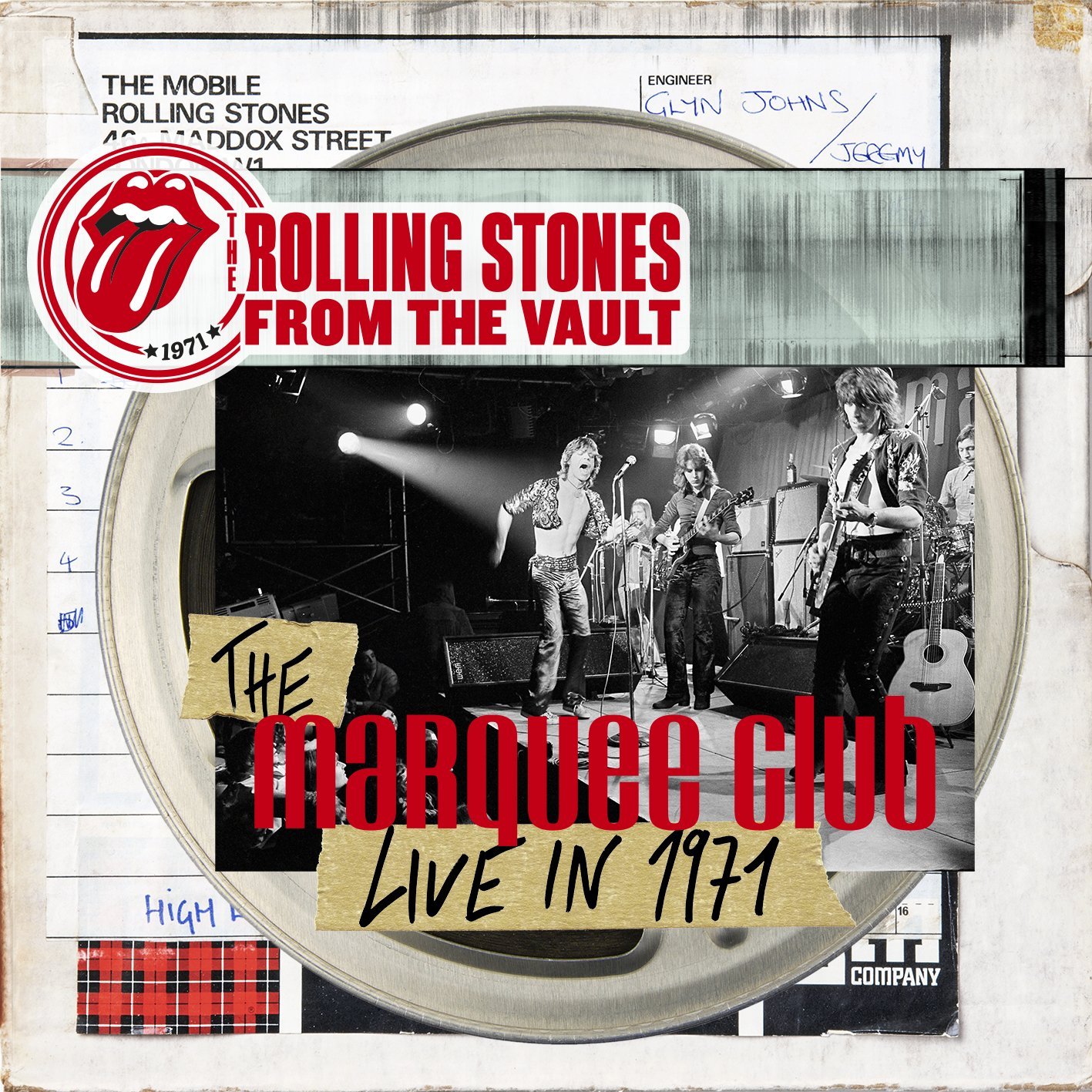 Some bands will live on forever through their catalog... others in longevity.  The Rolling Stones pull from both categories!  With the release of archival footage and audio recordings, we are being treated to classic shows, tours, and eras from this legendary band.  Shortly before the release of Sticky Fingers, the band played a show at the legendary Marquee Club that was recorded for US television.  This show featured the live debut of four tracks from the then upcoming Sticky Fingers release.  "Live With Me" opens the show, with the band already playing when they are introduced.  Hearing the piano mix with the guitars while the bass and drums fill the background is inspiring, but takes on a new sound when Jagger's vocals jump into the mix.  "Dead Flowers" takes off and the country twang of the track swirls in the sound system combined with the bluesy guitars of Keith Richards and Mick Taylor.  This track is as classic in 2015 as it was in 1971.  "Let It Rock" is a cool song that gives the band room to strut and rock for a couple minutes.  The dual guitar sound is fun and vibrant while the tempo is perfect for fun rock n roll.  "(I Can't Get No) Satisfaction" has a bluesier sound and feel than most people are familiar with.  Maybe the bands upcoming release influenced the song or possibly the live setting, but this version is as full and complete as any, with the addition of horns and a fun vibe from the band.

The rarely played live "I Got The Blues" is a great track that features some great playing from the band, especially the rhythm section of Charlie Watts on drums and Bill Wyman on bass.  The song is anchored perfectly, even when Jagger attempts to give it flight with his soulful voice.  The horn section adds depth to the track.  The version in the setlist is great to hear, but watching and listening to two additional takes at the end of the disc is a great insight to the way the band performed live and viewed their own output.  "Midnight Rambler" is a great track that takes what the guys do best and swirl it with a jam-style of playing that is second to none.  Jagger throws in some great harp on this track that adds texture to the song, while Richard and Taylor give the song legs with guitar licks that run all around.  "Bitch" is a classic rocker that has a cool swagger to it that shows the excitement of the band to feature newer material in a live setting.  This track also gets additional treatment from some alternative takes.  Any one of them could be switched into the playlist and would be a highlight of the show.  Closer "Brown Sugar" was another new track featured in the performance, and it is a fun side of the band to watch or listen to.  From opening note to closing, this song captures the power of the Stones, as well as the strength of their live delivery.  The DVD features another live version of this great song, taken from the Top of the Pops, also recorded in 1971.  Even if you aren't big on watching or listening to live performances on video and audio (who doesn't love a live show in person), this collection of DVD and CD are still great additions to your collection, as it captures these icons at a great time in their history.