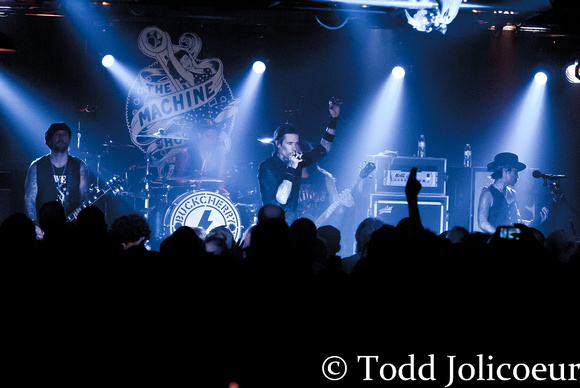 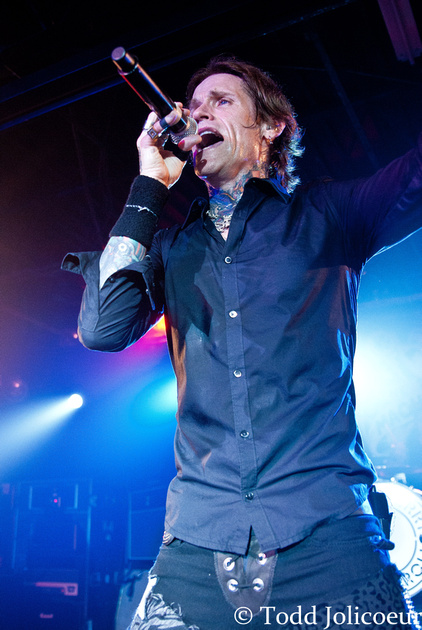 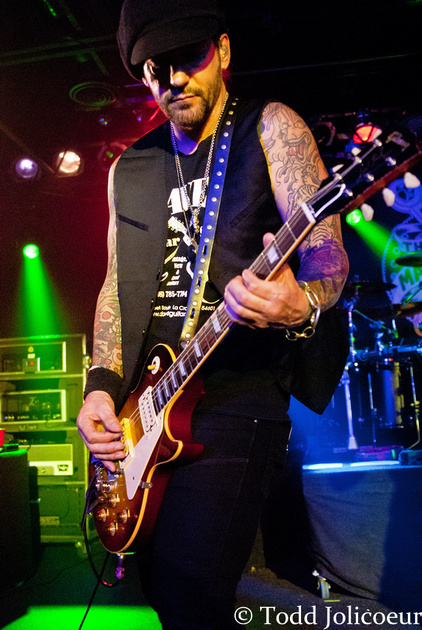 There is something special about the first big band you shoot or review.  For me that band is Buckcherry.  Not only have I been a fan since their 1999 self-titled release was launched on an unsuspecting public, but they are hands down one of my favorite bands to see live.  From the moment these guys hit the stage, they are full of energy and come ready to deliver the goods for their fans.  Tonight's SOLD OUT show in Flint, MI at The Machine Shop was no different than any other time I saw these guys perform.  Opening with arguably one of the bands biggest hits - "Lit Up" - you know this quintet came to rock.  Lead singer Josh Todd is constantly moving around the stage while delivering the lyrics to all of the bands hits with a voice only he can.  Mixing tracks from most of their releases, there was plenty of rock and roll for everyone.  Pulling from their second release, 2001's Timebomb, the band played "Whiskey In The Morning" to the crowds delight, as well as throwing "Ridin'" later in the set from the same disc.  The band recently released their 7th studio release, Rock 'n' Roll (REVIEW HERE) and played several songs from the new disc, including "Bring It On Back," "The Madness," one of my favorites - "Tight Pants," "The Feeling Never Dies," and set closer "Sex Appeal."  The twin guitar sound from Keith Nelson and Stevie D is an awesome treat for the ears, but the real fun is in the way they trade off solos from song to song and across the stage.  The bands first release on their own label imprint, F-Bomb Records, was 2014's EP, Fuck.  Two tracks from this compilation were featured tonight, including "Somebody Fucked With Me" and the rocking BC twist on the Icona Pop track, "Say Fuck It."  Drummer Xavier Muriel was is true form, killing his drums from the minute the show started until the final note was played, all the while smiling and enjoying himself.  The bands biggest selling disc of their career, 2006's platinum release 15 was the source of four tracks for tonight's show, including a string of songs in the middle of the show "Next 2 You," "Everything," and "Sorry."  From the same release, the band closed the show (before the encore) with "Crazy Bitch" - which the crowd ate up and sang every word to.  Bass player Kelly LeMieux didn't move much, but played the hell out of his 4-string instrument, supplying an awesome anchor for the songs.  The band threw in one track, "Gluttony" from the Confessions disc, released in 2013.  The band and crowd enjoyed every minute of the evening and fed off of each other.  I cannot wait until these guys hit the area again and treat us once again to a killer rock show. 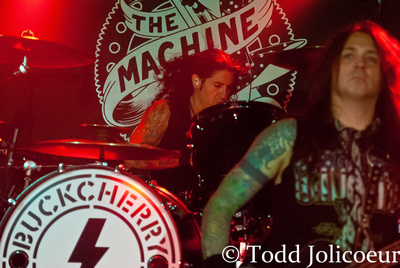 Setlist: Lit Up - Whiskey In The Morning - Bring It On Back - Next 2 You - Everything - Sorry - The Madness - Ridin' - Tight Pants - Gluttony - Somebody Fucked With Me - The Feeling Never Dies - Crazy Bitch - Say Fuck It - Sex Appeal