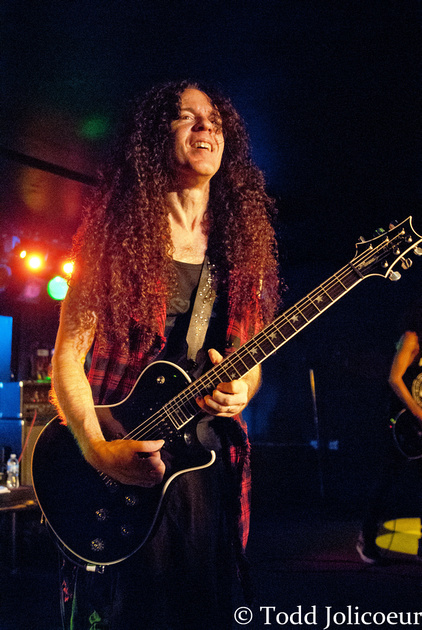 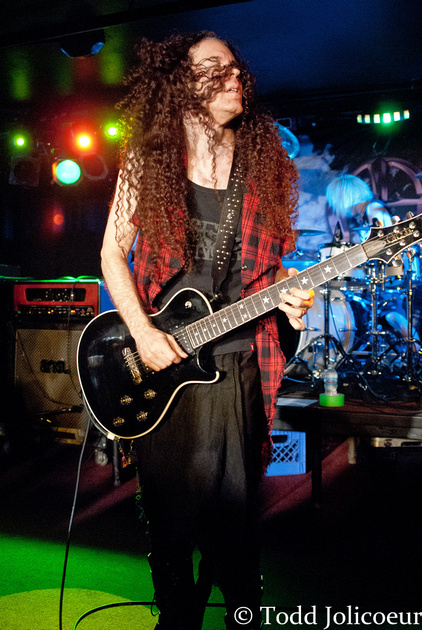 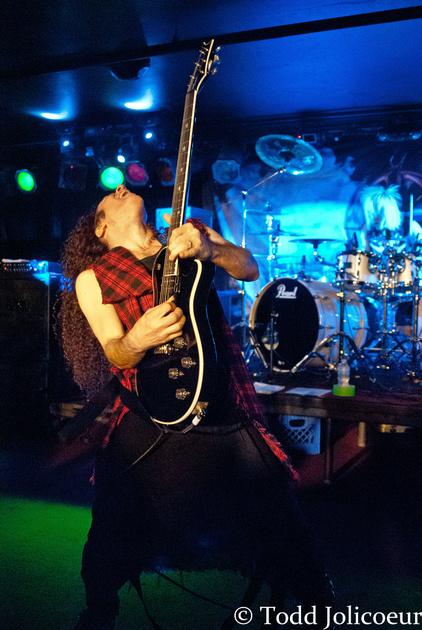 Guitarist Marty Friedman released a great disc last year, Inferno, and has finally arrived on U.S. soil to tour behind it.  Putting together a great band and traversing North America, Marty and crew are setting stages on fire across the continent.  Tonight's performance in Westland, MI at The Token Lounge was more of the same.  Pulling songs from different releases, Friedman did what he does best - play guitar... shred guitar... make the guitar his bitch.  The man treats the strings with finesse and draws all of the familiar sounds out of his instruments that his fans have come to expect.  Without any studio tricks, the band put together a performance that showcased several different tracks and discs from Friedman's catalog.  Pulling songs from various Friedman solos discs, the night’s setlist covered eighteen tracks from seven different discs, including the most recent release.  Vocals were few and far between, but the guitar freaks in the audience were more than happy to have the opportunity to watch Friedman do what he does best.  His band was more than competent and gave the guitarist a perfect platform for his songs and provided a stunning show on top of it, from a bass player than roamed her side of the stage, jumping and head banging from song to song, as well as a drummer that was all arms and sticks and took every opportunity to smile and acknowledge the crowd.  Bringing another guitarist to handle other duties, the stage was complete and tonight's audience got exactly what they came for - a guitar led rock and roll show. 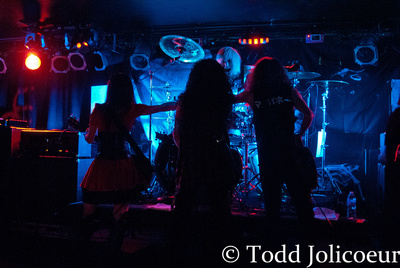