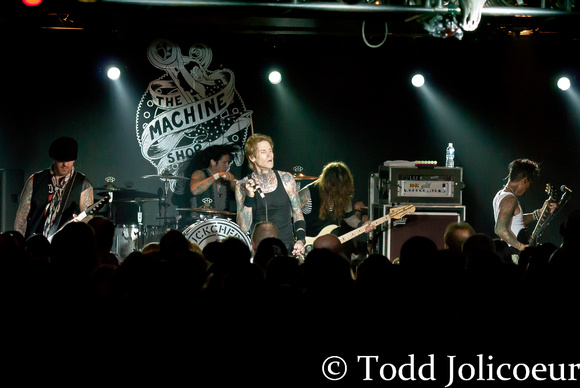 Buckcherry is one of those guilty pleasures that seems to draw a crowd where ever they go, whenever they play and the World Famous Machine Shop in Flint, MI is no exception.  The show sold out in advance, with people searching high and low for tickets to what was sure to be a killer night of rock and roll.  Openers The Biters entertained the crowd and prepared the packed venue for a rock and roll show on a fun Friday evening.  I loved what I saw and heard once I arrived at the venue (unfortunately after their first three songs). 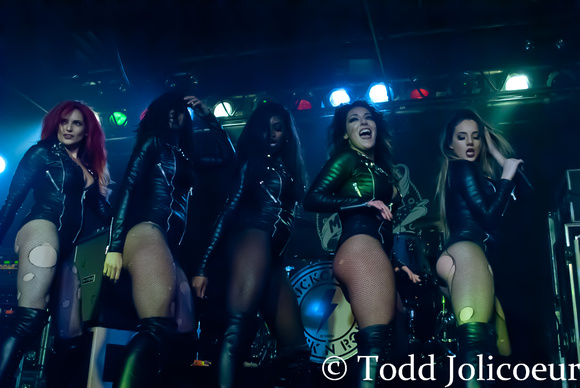 Next up on stage for a quick performance was the Cherry Bombs Dance squad - and most of the crowd was about to get really warmed up, thanks to the sexy dance moves, the revealing outfits, and of course the open flames on the the stage thanks to two dancers that did short fire shows, including some fire eating.  The dancers routines were precise and well choreographed and got the audience revved up for Buckcherry to grace the stage and deliver a power packed set of rock. 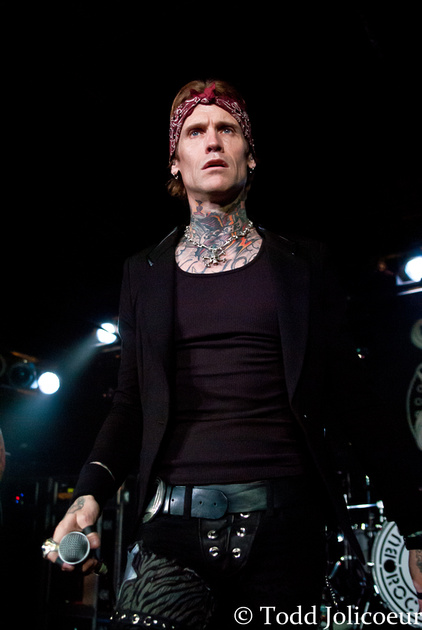 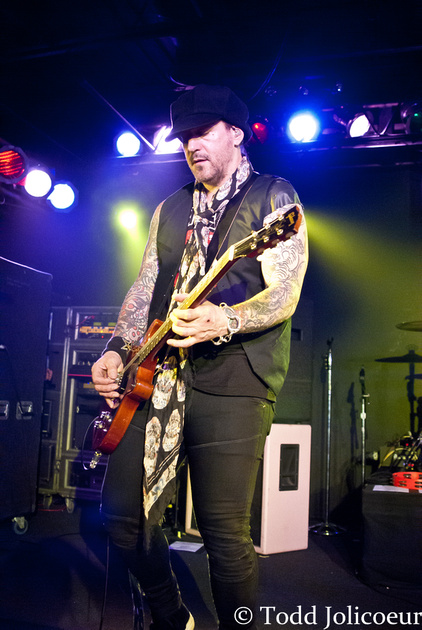 Buckcherry hit the stage on time and ready to roll from the minute they took their positions.  Front man Josh Todd gave it his all, from the first note until the last, moving through the hits - both the rockers and the ballads.  Dipping back to their first hit, the band opened with "Lit Up" from their 1999 debut self-titled release and the energy was off the charts from the word go.  Focusing mostly on their multi-platinum disc 15 and the 2015 release Rock 'N' Roll, the band ripped through fifteen killer songs during their set.  With the twin guitar attack of Keith Nelson and Stevie D, the songs were given the same treatment we all know and love from the studio versions, but with additional punch in the live setting.  Grabbing tracks from almost all of their discs, the band also tossed an amazing version of "Gluttony" from Confessions (2013) and set closer "Too Drunk..." from 2008's Black Butterfly.  From behind his kit, Xavier Muriel controlled the ebb and flow of the show, while creating a wall of arms and hair behind the band, taking the occasional moment to ham it up for the cameras and fans, including smiles, pointing, and the obligatory middle finger (he always seems to have that one ready for me).  The bands Fuck EP (2014) was the source of two tracks from tonight's show - "Somebody Fucked With Me" and "Say Fuck It" - the latter being a redux of an Icona Pop track.  Six of the bands fifteen songs came from the 2005 disc 15, including "Broken Glass," "Next 2 You," and the ballad "Sorry."  A couple of the lesser known tracks from the disc also jumped into the set, but the show would not be complete with an extended rendition of the double platinum single "Crazy Bitch."  Featuring songs from the latest release Rock 'N' Roll, the first to feature bassist Kelly Lemieux (with the exception of the bands self-marketed covers EP), the show got an injection from four newer songs.  The first single from the disc, "Bring It On Back" was part of the show, as was the killer tongue-in-cheek "Tight Pants."  The band has never sounded tighter or been more enthusiastic on stage.  While I hoped they might include tracks from their sophomore effort Time Bomb, I still walked away satisfied hearing most of the songs I came to experience once again.​ 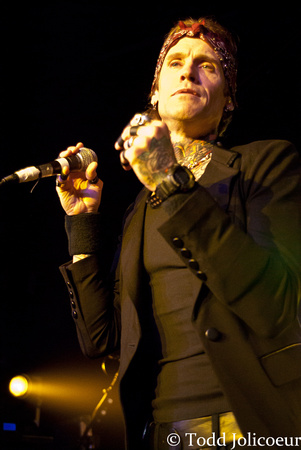 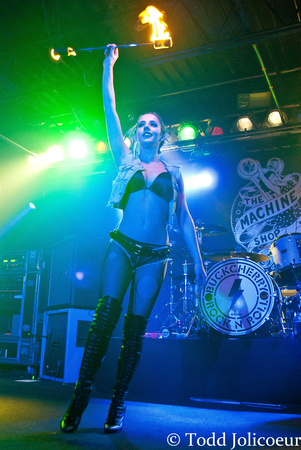