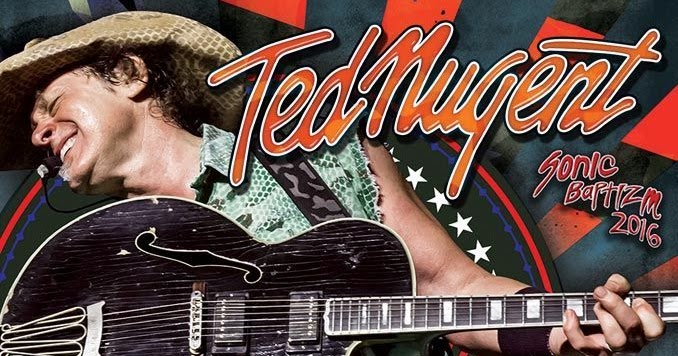 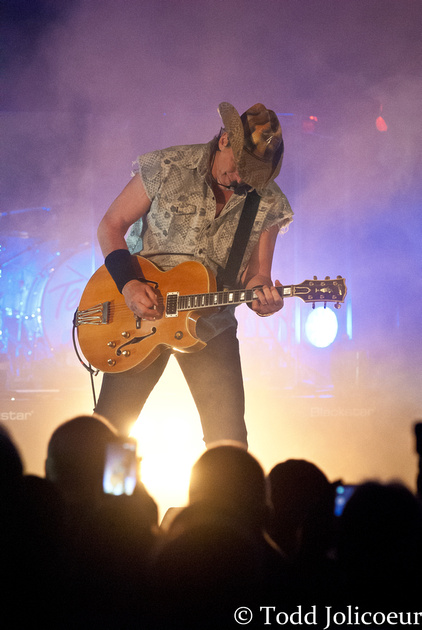 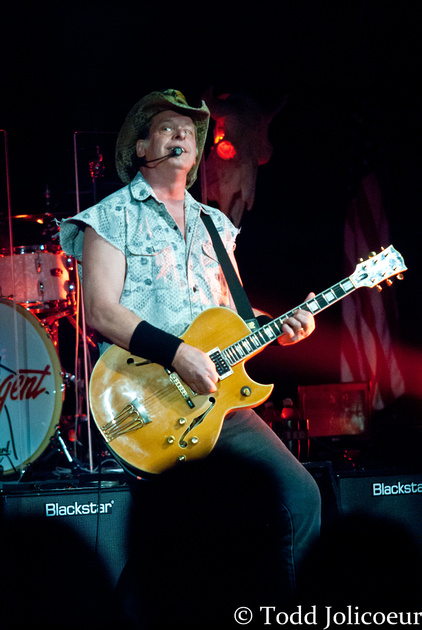 Sequels are typically not so good... Weekend At Bernie's 2? Caddyshack 2?? Grease 2??? All prime examples of horrible sophomore efforts.  This past Sunday, Ted Nugent once again took over the Lexington Village Theatre for the town's second Baptizm - Sonic Baptizm that is - in two weeks.  And this time around, Ted came armed with his arsenal of hits and enough energy to put the Energizer Bunny to shame.  As most of his shows begin, the "Star Spangled Banner" ripped through the venue and Nugent was at his patriotic best.  With a  long history of great music available, Ted relied on some of the biggest and most loved songs in his catalog for this show, changing it up slightly for those who were lucky enough to score tickets to both of the capacity shows.  Jumping into "Gonzo" and "Free For All," Nugent and his band - rhythm section bassist Greg Smith and drummer Jason Hartless - stormed through the tracks anchoring the set perfectly and providing a killer bottom end for The Nuge's guitar prowess.  With "Snakeskin Cowboys," Ted paid tribute to the Armed Forces branch by branch, calling them out one at a time.  "Yank Me, Crank Me" saw Nugent crank away on a Gibson adorned with the American Flag.  The one-two-three punch of "Wang Dang Sweet Poontang," "Hey Baby," and an addition to tonight's set that was missing from the previous show "Dog Eat Dog," whipped the crowd into a frenzy.  While each song stayed true to its original form in theory, Ted seemed to wrap cool solos and fret work into most of the songs, demonstrating his knowledge of the six-string.  Fan favorite "Fred Bear" put a cool break into the set, slowing the tempo and cadence of the show slightly, but not the intensity.  Dialing the energy back up, "Cat Scratch Fever" cast an awesome vibe across the audience and through the theatre.  "Stranglehold" is another classic Nugent track that is a must hear at every show, thanks to that familiar riff and groove. Encore, set closer, and addition to this shows set "Motor City Madhouse" closed this show as only Ted can - with bombastic guitars, vocals, and a load of energy, leaving the house full of Michiganiacs more than satisfied as the band left the stage and the lights came up. 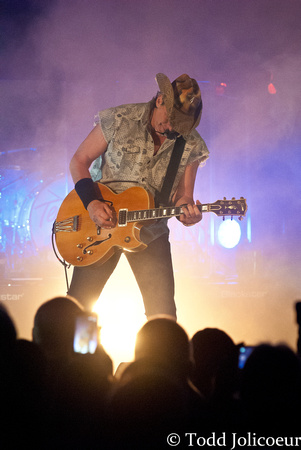