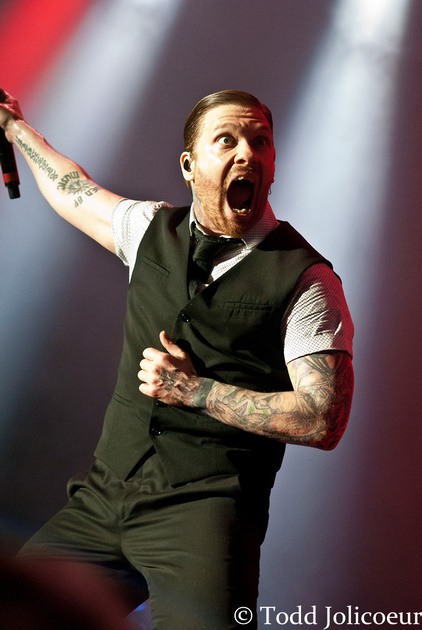 The latest installment of The Carnival of Madness made its way across the globe and hit the US with Shinedown, Halestorm, Black Stone Cherry, and Whiskey Myers in tow.  The tour wound down and wrapped up its run at DTE Energy Music Theatre on a steaming Thursday night with the a crowd that came to rock as hard as the bands that would grace the stage this evening.

Black Stone Cherry hit the and came out swinging with "Me And Mary Jane" and there was no looking back.  Frontman Chris Robertson steered the direction of the show while drummer John Fred Young controlled the tempo from behind his kit (barely - if you have ever seen him play, you know he stands and moves more than most drummers).  Next up was "Blind Man" and the energy kept flowing from the band as guitarist Ben Wells ran from side to side, front to back, and jumped around like a proverbial madman.  "In My Blood" jumped through the sound system, but was anchored at the same time by bassist Jon Lawhon.  These guy never disappoint - and I cannot wait to see what comes next from them (hopefully a headlining tour). 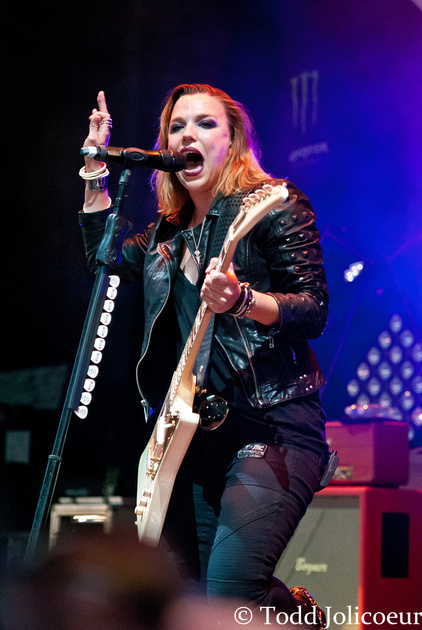 Halestorm took to the stage at their allotted time and they impressed from first note until last.  The charismatic frontwoman Lzzy Hale jumped into "Love Bites (So Do I)" with a piss and vinegar growl and snarl in her voice.  With that, we were off and running through a few song from their latest disc as well as hits from all of their previous efforts.  "Mz. Hyde" was full of attitude and fun at the same time, while drummer Arejay Hale played his drums and provided the perfect cadence and pacing for the song and show.  Guitartist Joe Hottinger cruised the stage laying down riffs and trading off solos with Lzzy through out their set.  "Apocalyptic" was up next and the band seemed to be nailing all cylinders as they charged through this killer track, with Josh Smith's bass providing the perfect backdrop - even with his hand bandaged from a recent injury.  If you haven't seen Halestorm, don't fret - they will be back again... they always are and I am always happy to be there when they return. 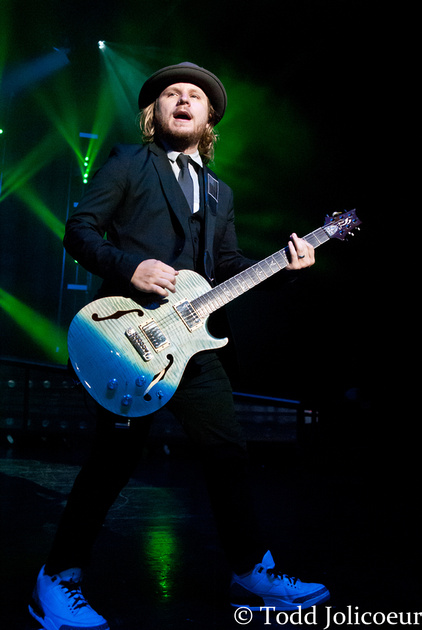 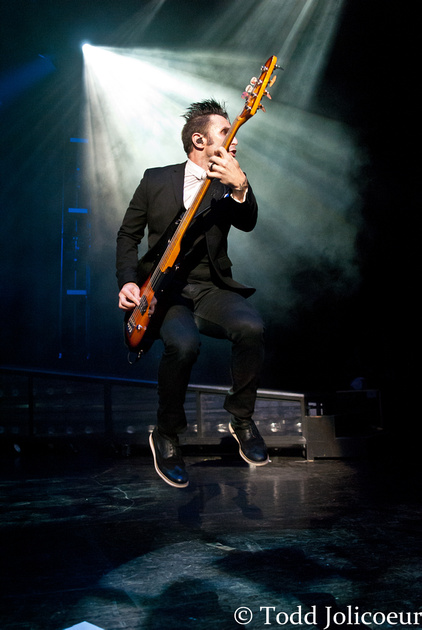 Shinedown headlined this years lineup for the Carnival of Madness and I couldn't wait to see these guys tear up the DTE Energy Music Theatre stage one more time, having seen them headline this same tour in 2010.  The anticipation washed over the crowd as the bands curtain was raised and the lights dimmed in the pavilion.  The band took their places on stage, the back lights came up and washed the curtain from behind while an eerily constructed introduction pushed through the sound system.  Once that finished, the opening notes of "Adrenaline" broke the silence and we were off and running.  The band came at the song as hard as they could, seeminly full of adrenaline themselves, anticipating a great final show of the tour.  Frontman Brent Smith sounded better than he has in the past, and demonstrated that not all studio recordings are cleaned up - his voice was spot on.  Next up was "Fly From The Inside" and this song was as crisp and fun as the first time I heard it.  Zach Myers' guitar work on this song, as well as others, was crisp and brought depth to the songs.  A favorite of mine, "Diamond Eyes (Boom-Lay Boom-Lay Boom)" came next in the setlist and the rhythm section of drummer Barry Kerch and bassist Eric Bass drove this song with a heavy bottom end that mirrored the original, but seemed to add a bit of punch to the arrangement.  Smith engaged the crowd, inviting them to meet their concert neighbor, even welcoming the photographers in the pit with a handshake or high five.  Bringing this tour to a close, the band demonstrated their ability to rock with the best of them - including Five Finger Death Punch as they prepare for a fall co-headling tour.  Don't miss your chance to see Shinedown at the top of their game... 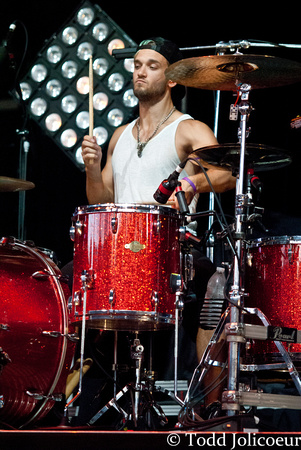 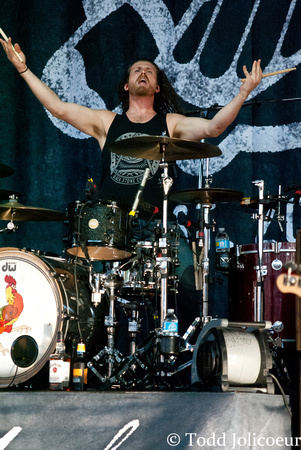 Setlist: Me And Mary Jane - Blind Man - In My Blood - Cheaper To Drink Alone - Soul Machine - Blame It On The Boom Boom - Lonely Train - Ace Of Spades