CD REVIEW: KOBRA AND THE LOTUS - Prevail I 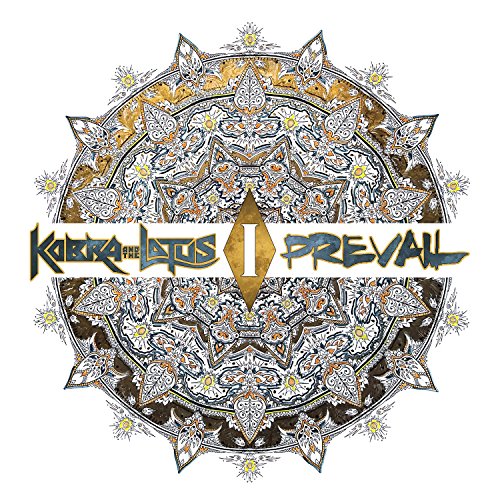 I was first aware of Kobra And The Lotus when they signed to Gene Simmons' short-lived Simmons Records reboot.  While that disc was a bit heavier than my normal fare, I always kept this band on my radar... and Prevail I is exactly the reason why.  The band has put together 10 tracks of good rock and roll that blends heavy metal, a symphonic vibe, and a more melodic groove.  Disc opener "Gotham" starts things off with a great cadence that gets the foot tapping and keeps the flow of the song moving along.  The guitars are solid and Kobra Paige's vocals swirl perfectly in the mix.  "TriggerPulse" opens with a chugging riff that builds through the intro and seems to explode as the verse hits.  The heavy bottom end reminds you where this band started, but the vocals show how far they have come since their debut release.  "Specimen X (The Mortal Chamber)" is a great song that has a breakneck tempo from drummer Marcus Lee that lends itself to a heavier feel that seems to envelope the lyrics and overall groove of the song.  "Manifest Destiny" keeps the chugging vibe of the disc intact, but Jasio Kulakowski's guitar work that is woven throughout the song gives this song a different feel than some of the other tracks.  "Check The Phyrg" - the lone instrumental on the disc - is similar to a lot of the tracks, except this one features a lot more guitar sounds, from chugging riffs to solos, pings, and squeals.  After listening to this one over and over, I still don't know what a Phyrg is.

"You Don't Know" starts off with a series of drum fills that slightly reminds me of Ace Frehley's "Rock Soldiers" but that is where the comparison ends.  The riff that permeates the track dances nicely in tandem with Paige's vocals and the heavy handed drumming that anchors the track.  "Light Me Up" is a beautiful track that kicks off gently, lulling you with gentle guitars and the velvet tones of the lead vocals.  The background vocals build a wall of sound that helps this song rise above the crowd and stand out amongst the others.  "Victim" combines a guitar chug with solid vocals and holds them in place with solid drumming and a thumping bass line from Brad Kennedy.  The shift in tempo at the chorus adds depth and dimension to the song and disc overall.  Be sure to checkout the solo at the bridge.  "Hell On Earth" picks up musically where "Check The Phyrg" left off, but this time we get ample vocals from Kobra that run the gamut of her range and even features an almost spoken piece at the bridges.  Disc closer and title track "Prevail" takes us out with a track that seems to pull the best from each song and pulls them into a neat little package that gives us just the right blend of guitars, bass, and drums to accompany some of the best vocals on the disc.

KOBRA AND THE LOTUS LINKS: