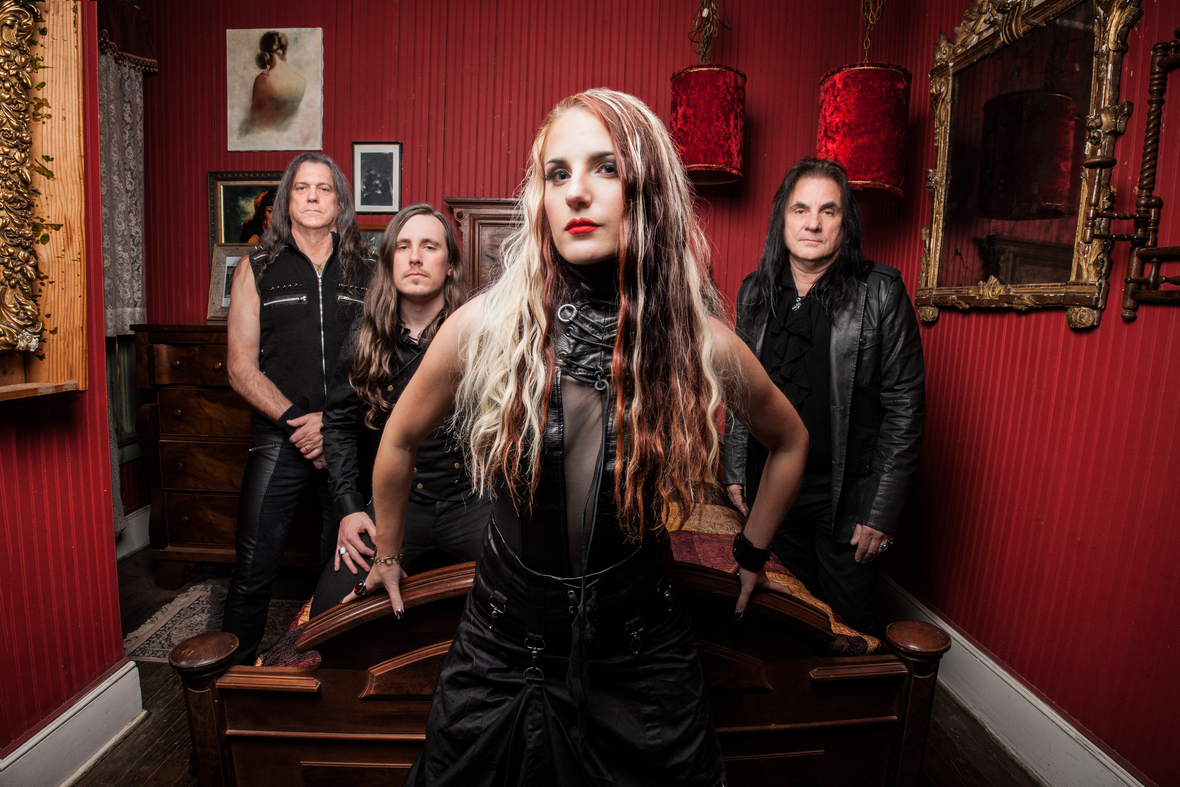 (June 28th, 2017) - Imminence Records' symphonic rock outfit Worhol have announced that their full length, entitled The Awakening, will be released July 14th. To promote the release, the band has released a quick teaser video of select songs from the album. The quartet features the father daughter team of Ashley and Larry Worhol, who are descendants of Andy Warhol, with Ashley finishing work on her hybrid poetry/artwork book that will be released this spring.

"This album is a chance for us as musicians to open up our hearts and souls to those who listen. We strive for a never ending mission to bring hope and truth back into this world. Through our music we will awaken people to a new era of music. An era that will lead them to their sanctuary.” - Ashley Worhol (Vocalist)

About Worhol: Worhol formed in 2013 when lead singer Ashley Worhol and her father Larry Worhol decided they wanted to follow their dream together as a team. Both having degrees in music and a classical background, they knew that they had the knowledge it would take in writing their style of music. Worhol’s music can be best described as symphonic and theatrical with Larry being the guitarist as well as the orchestral composer and Ashley being professionally trained. Since Ashley and Larry are kin to Andy Warhol they decided to keep the band name in the family. Once Worhol was set they reached out and found the rest of the members of the band; Craig Malinowski (bassist) and Marty Naul (drummer).

Over 2013, the band produced their first music video and started writing compositions for their first album. Over the next few years, they participated in several music festivals as well as touring throughout the south and the UK. During that timeframe, the music video got attention when Houston Press announced it was ranked third out of the Houston area. They attention continued as they gave several radio interviews and appeared live on Great Day Houston with a musical performance. All the attention led to the band signing with Imminence Records and setting the release for The Awakening for this summer.