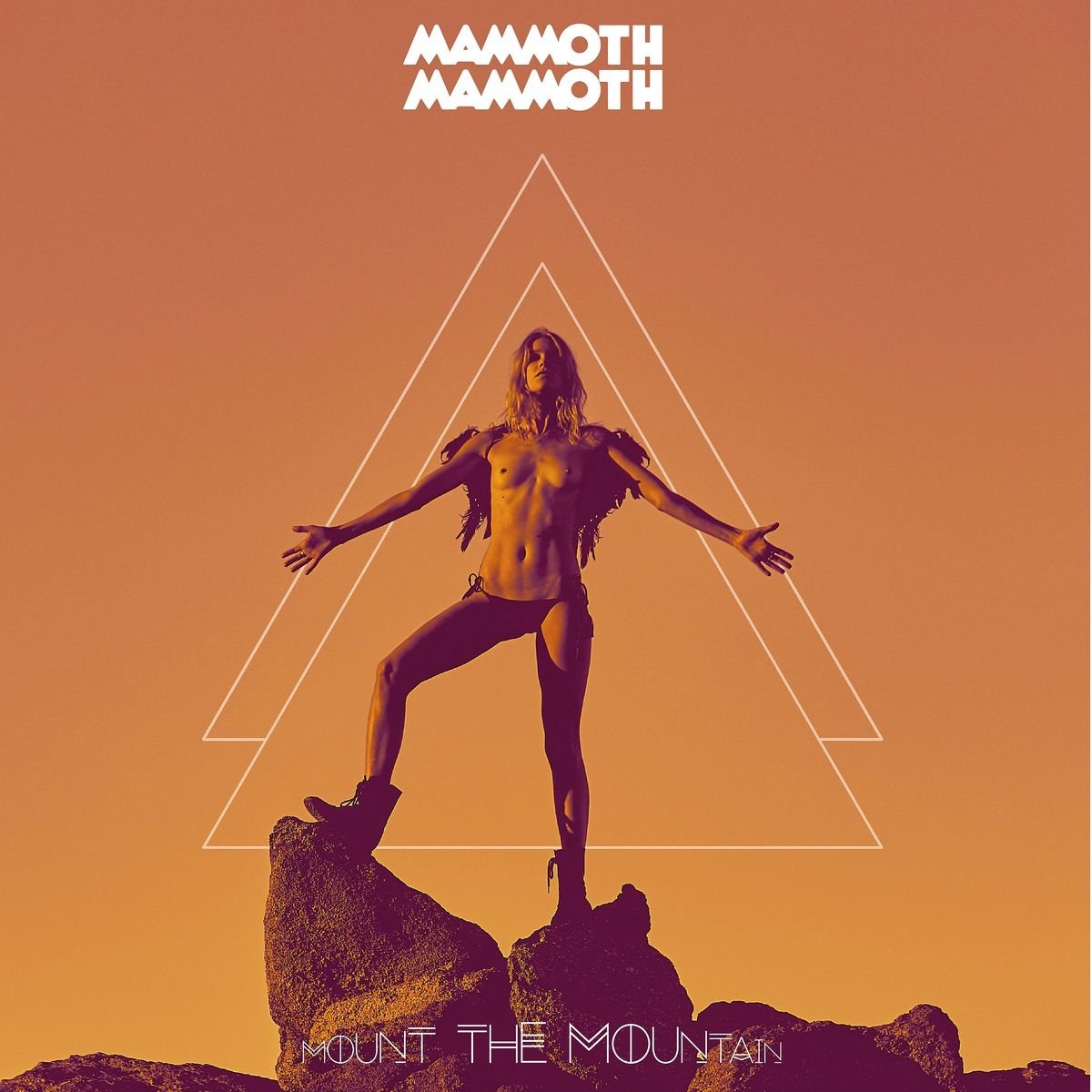 The latest from Mammoth Mammoth features yet another barely dressed woman on the cover - and this relates to the music in that these guys play killer rock and roll with the bare essentials... cool vocals, killer guitar riffs and solos, and a thunderous bottom end from the rhythm section.  Disc opener and title track "Mount The Mountain" opens with a chugging riff from Ben Couzens that draws you in and has you mesmerized once the bass and drums kick in, but before we hear one vocal.  The sound of the track is familiar to fans of the band - they has a distinct sound that we have become accustomed to.  "Spellbound" is up next and has more chugging guitar riffs that draw you in while Frank Trobbiani's drums and bass from Pete Bell support the sound and tempo of the track.  Mikey Tucker's vocals run the range a little, but that is a good thing.  Pay attention to the bridges as the band plays with the cadence of the track.  "Kickin' My Dog" leans a bit into the punk realm from a cadence standpoint, but this is a fun track that brings Motörhead to mind in rhythm, attitude, and sound.  This is another track that helps the disc stand out a bit against their catalog.  "Sleepwalker" relies heavily on the guitars, bass, and drums from the first note to the last... and is better for it.  The riffs keep the track anchored even though the chorus and bridges seem to move in and out of the path cut by the intro.  "Hard Way Down" is a straight ahead rocker that gives us a good thrashing, without getting too aggressive for its own good.  The guitars and bass roll along while the drums keep time and the vocals soar in the mix.  Be sure to play through to the bridge - it features one of the best guitar solos on the disc.  Bonus track "Can't Get You Out Of My Head" is a phenomenal cover of fellow Aussie Kylie Minogue that gives bite, balls, and attitude to a song that is catchy to begin with.  This version feels familiar because of the lyrics, but I wouldn't hold my breath waiting for Kylie to take these slightly amended lyrics for a ride any time soon.

"Hole In The Head" is basic rock goodness that transcends a lot of the filler rock on the radio.  The guitar riffs from Couzens add punch to the sound of the track, along with some cool drum fills and a thumping bass line.  The song gets the foot tapping and the chorus invites you to sing along with the band.  "Procrastination" opens with some great drumming from Trobbiani and a bit of 4-string sounds from Pete Bell.  Once the guitars and vocals join the fray, we have a cool rock track that sounds as if you are sitting in the garage with these guys as they hammer out the track.  The groove of this track permeates the entire disc and is one of my favorites in the bunch.  "Epitome" is another metal meets punk flavored track that comes through the speakers, knocks you in the ears, and drags you off for some fun...  The vocals from Tucker add a sense of urgency to the song that gives it legs that run in perfect tandem with the guitars.  "Wild And Dead" starts off courtesy of Bell's bass and is soon joined by more chugging riffs and a solid drum sound.  The vocals are a bit muted in the mix, but it helps draw attention to the band and musical accompaniment that kicks along for 4-1/2 minutes.  "Cold Liquor" features a fuzzed guitar opening that quickly shifts and morphs into a darker Sabbath-esque riff.  The vocals are slower and a bit heavier, but it fits the mood and vibe of the lyrics.  The bass and drums are a perfect pairing for the guitars and vocals.  The song picks up the pace and grows in intensity and punch once the bridge kicks in.

Tracklisting: Mount The Mountain - Spellbound - Hole In The Head - Kickin' My Dog - Procrastination - Sleepwalker - Epitome - Hard Way Down - Wild And Dead - Cold Liquor - Can't Get You Out Of My Head