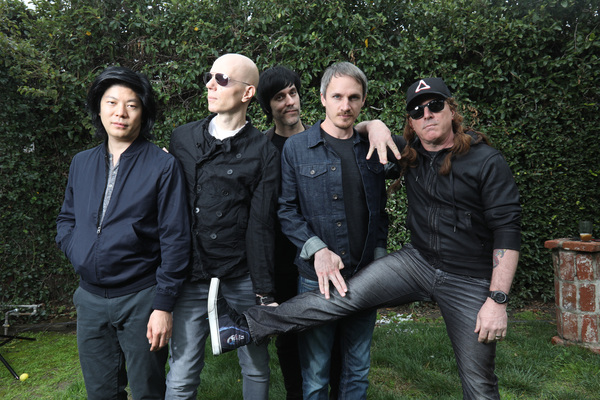 June 19, 2017, LOS ANGELES – A Perfect Circle, who recently wrapped up a sold out U.S. tour, return to the road this fall, kicking off a North American trek at the Aftershock festival on Oct. 21.

The band’s spring outing, their first U.S. tour in six years, began with a three-night stand at The Pearl in Las Vegas. “It was as if they never left, both in terms of the sharpness of their performance and the contemporary relevancy… of their catalog,” said the Las Vegas Review Journal in their review of the opening evening. As the band worked their way through the month of U.S. dates, Keenan dubbed the outing the “get to know ya/re-get to know ya” tour, a nod to the band’s hiatus and news of their forthcoming album. A Perfect Circle headlined Welcome to Rockville, Fort Rock and Carolina Rebellion before concluding the tour with an “enthralling” (Orange County Register), “rapturous” (Buzzbands) sold out, debut performance at the Hollywood Bowl.

Tickets for all non-festival shows are on-sale this Friday, June 23 at 10 am local time. VIP packages will be available simultaneously, for more details visit aperfectcircle.com. The Beta Machine opens on all dates.