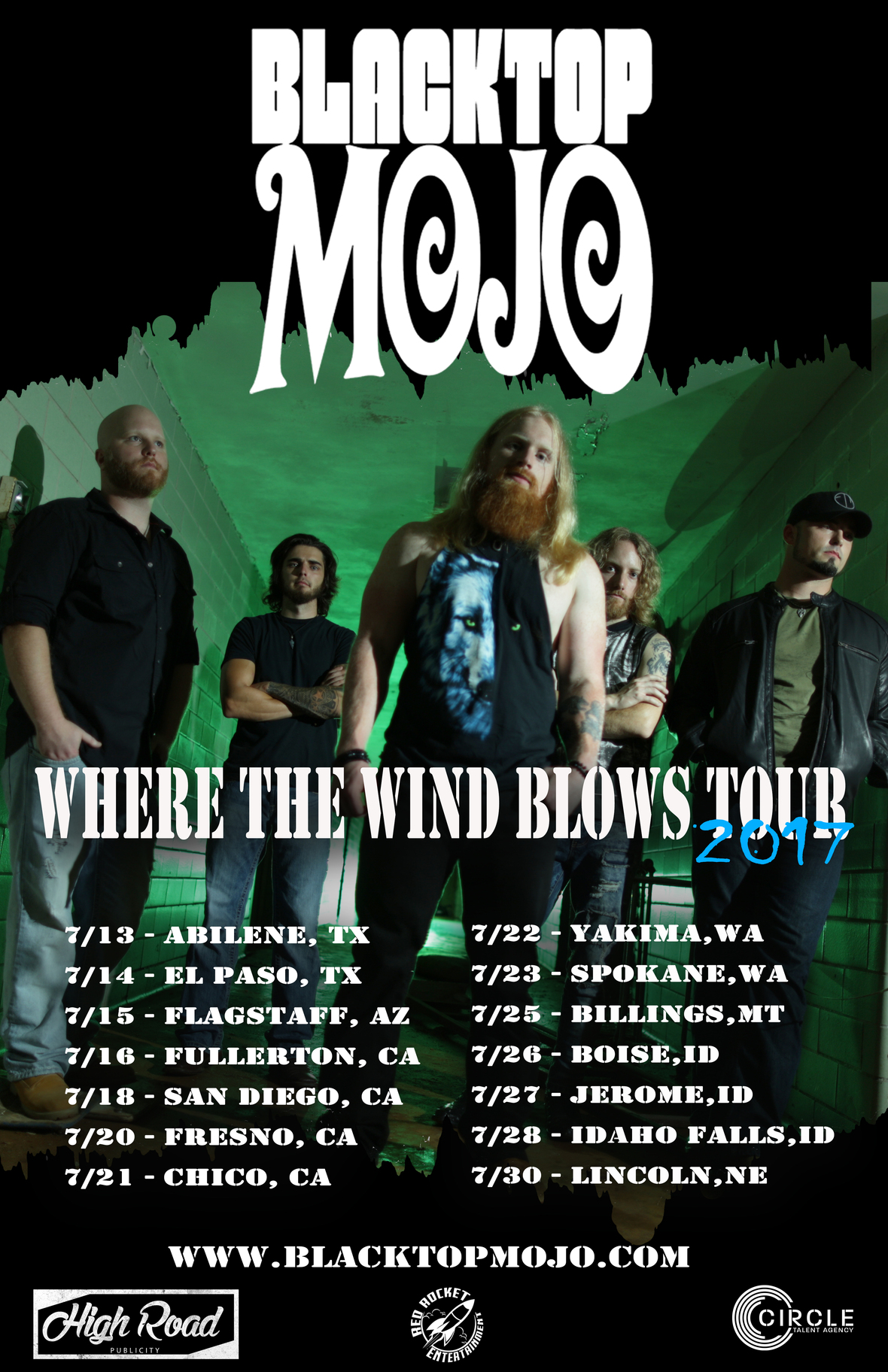 June 9, 2017 - Palestine, Texas based Southern Hard Rock band Blacktop Mojo have announced the first leg of their "Where The Wind Blows 2017" U.S. Tour. The tour kicks of on July 13th in Abilene, Texas and will work it's way throughout the United States this summer. The band is touring in support of their critically acclaimed sophomore album Burn The Ships and current radio single "Where The Wind Blows." Keep an eye out all summer for new dates on the band's Facebook page. As a thank you to their friends, fans, and supporters, ALL of the shows will be free.

We've made so many friends from all over the U.S. the past few years - We couldn't be more excited to take our live show to their doorsteps for the first time, and share that awesome energy that only rock and roll can offer. - Nathan Gillis (Blacktop Mojo)

Where The Wind Blows 2017 Tour Dates:

About Blacktop Mojo: Formed in the final weeks of 2012, Blacktop Mojo began cutting their teeth in the numerous country venues that Texas has to offer, but the guys never quite felt like they belonged. With each song they wrote, the vocals got less twangy and the sound from the amps became more gravelly and distorted until the guys had found their own unique blend of heavy southern rock. Through touring, the band has played with many national acts such as Bon Jovi, Sammy Hagar, Aaron Lewis, Daryl "DMC” McDaniels, Candlebox, Drowning Pool, Puddle Of Mudd, Smile Empty Soul, Audiotopsy, and Whiskey Myers. 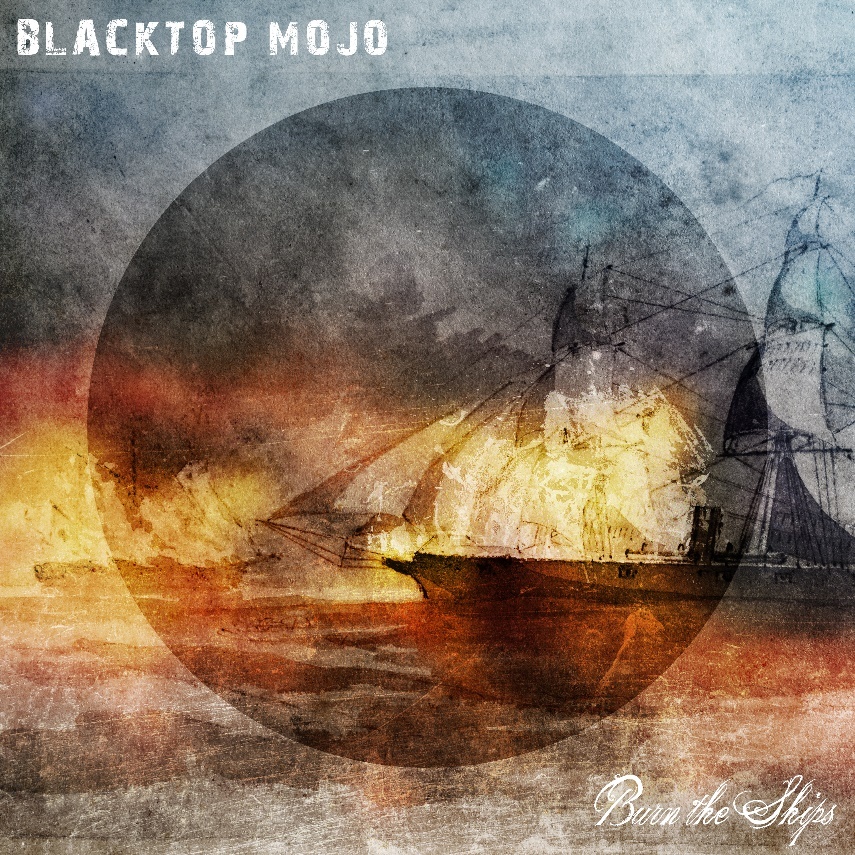 After running the highways for two years in support of their debut album, I Am (2014), in July of this year the band loaded their gear in the van and made a trip to Sound Emporium Studios in Nashville, as well as FAME Studios in Muscle Shoals, AL to make their sophomore effort entitled, Burn The Ships. In addition to the producer of the band's first record, Philip Mosley, the band brought in co-producer, Jimmy Johnson of the legendary Muscle Shoals Sound Studio as well as his long time engineer, Steve Melton (Lynyrd Skynyrd, The Rolling Stones, Bob Seger) to bring a seasoned sonic quality to their brand of raw, grungy rock.

The band caught the public eye in in April of 2016 when they released a music video for their cover of Aerosmith’s 1973 classic hit “Dream On” which has since gone viral with over 1.5 million views on YouTube.

Burn The Ships was released March 10th of 2017 garnering critical acclaim from both US and European press outlets including Loudwire, Revolver Magazine, Outburn Magazine, Kerrang!, Metal Hammer, and many more. Team Rock's Classic Rock Magazine, is quoted as saying "Blacktop Mojo might just be America's next big rock band."

Other notable highlights from 2017 include winning a contest to open for Bon Jovi at American Airlines Arena in Dallas, TX and being invited to SXSW by Gibson Guitars to appear on Sammy Hagar’s “Rock and Roll Road Trip” TV show on AXS. The band performed the Montrose classic “Rock Candy” with Sammy Hagar and Daryl "DMC” McDaniels of Run DMC for the show.

The band’s single “Where The Wind Blows” is currently being worked at radio, and has already cracked the Top 50 on the Mediabase Active Rock single chart. The band heads out on their first national tour this July, and new dates will be added throughout the summer.