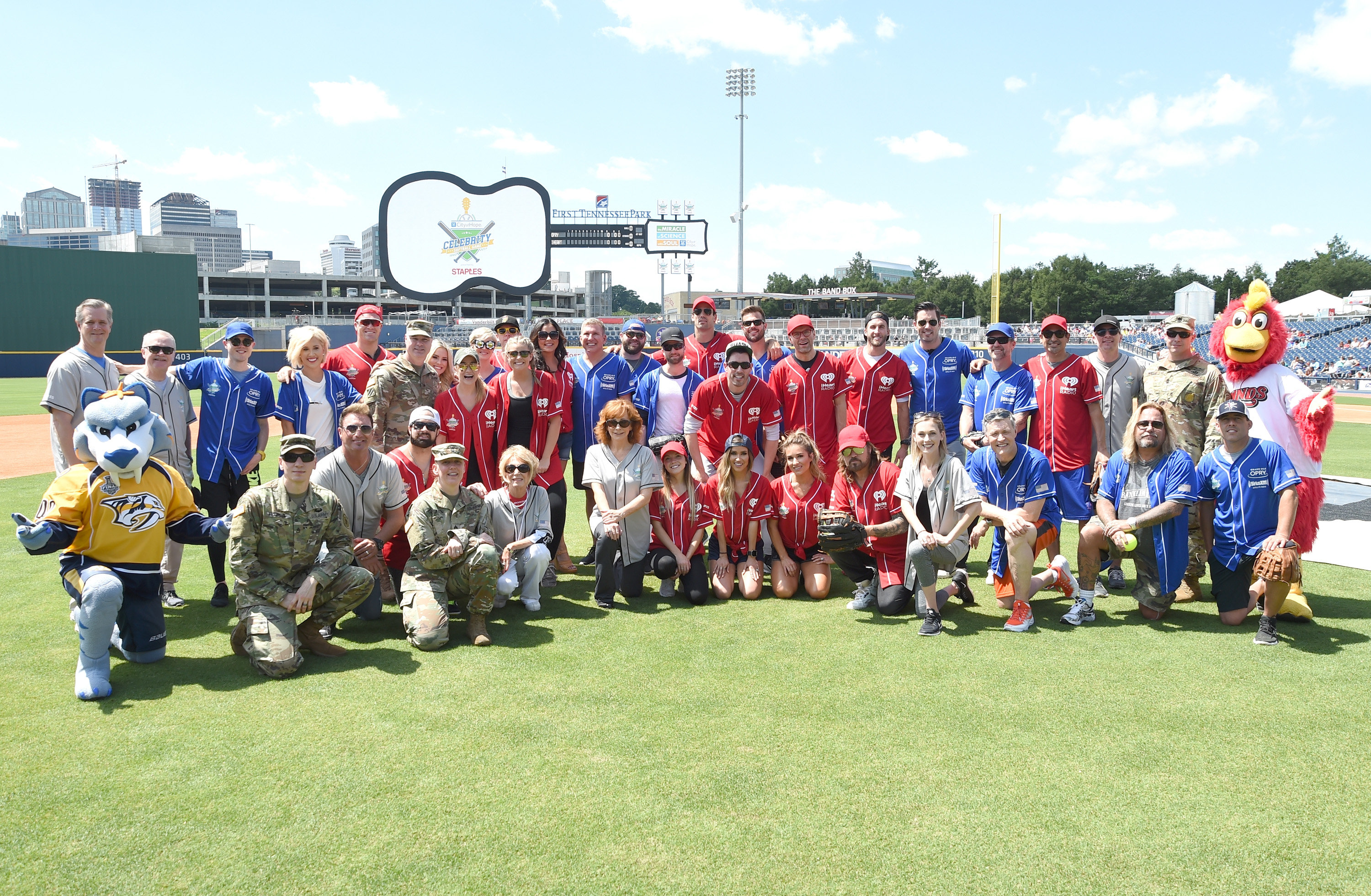 NASHVILLE, Tenn. – City of Hope Celebrity Softball Game presented by Staples® reached its highest ever attendance at the 27th Annual event today at First Tennessee Park. Vince Neil of Mötley Crüe surprised fans by throwing the first pitch. In a friendly competition for a great cause, Team iHeart won the game, 9-6.

Reba McEntire kicked off the event by singing the National Anthem, followed by a performance of “Take Me Out to the Ballgame” by Sara Evans. Team Captain for iHeart Media, Bobby Bones and Team Captain for Sirius XM/Grand Ole Opry, Bill Cody led with the traditional coin toss.

City of Hope patient and leukemia survivor, Nicole Schulz met, for the first time, her life-saving donor, Rian Lawrence at the mound.

ABOUT CITY OF HOPE: City of Hope is an independent research and treatment center for cancer, diabetes and other life-threatening diseases. Designated as one of only 47 comprehensive cancer centers, the highest recognition bestowed by the National Cancer Institute, City of Hope is also a founding member of the National Comprehensive Cancer Network, with research and treatment protocols that advance care throughout the world. City of Hope is located in Duarte, California, just northeast of Los Angeles, with community clinics throughout southern California. It is ranked as one of "America's Best Hospitals" in cancer by U.S. News & World Report. For more information, visit cityofhope.org.