NEWS: HAPPY 4TH OF JULY - ROCK WITH THE DEAD DAISIES 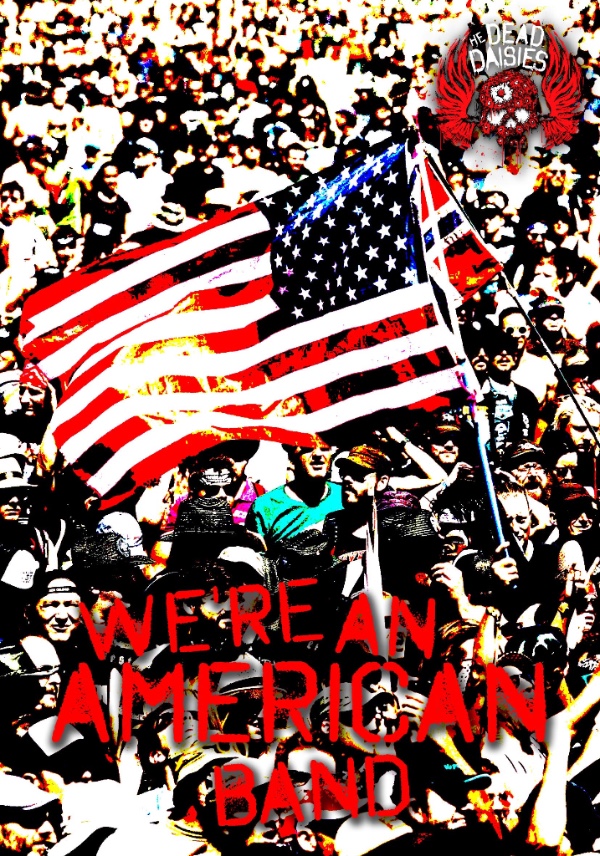 With July 4th just around the corner, The Dead Daisies wanted to not only celebrate Independence Day but Freedom around the world. Bassist Marco Mendoza sums it up nicely for all of us: “My career as a Musician has allowed me to travel around the World quite a few times to experience different lands & cultures. Back in the USA we live with the abundance of life and freedom unequalled anywhere else and that’s a fact! On July 4th let’s fly the flag high and celebrate Independence Day and all it stands for!!! I for one am thankful & grateful to be able to live in the US OF A!!! The land of the free & the home of the brave!! VIVA THE USA and VIVA LA ROCK!!!!”

To that end, the band is proud to announce the release of an American Classic “We’re An American Band” in celebration of Independence Day and all it stands for. They will also drop a little video for it on July 4th.

Singer John Corabi: “We first did "American Band" by Grand Funk Railroad for our troops in South Korea. We wanted to bring a little bit of something "American" to our men and women in uniform, and give them a taste of home. So, what better way than a classic American tune by a legendary American band. The song went over so well we decided to keep playing it and subsequently recorded it for our "Live and Louder" album. Enjoy the Daisies version, the video, and your FREEDOM the troops are fighting for on this celebration of our independence as a young, sovereign nation!!!”

Guitarist Doug Aldrich: “Hey Friends!!! We are dropping a new song to celebrate the 4th of July. For me, I think it's a time to remember and appreciate the Freedom that all of our own countries provide for us. Stay strong and let the music move ya!”

Fresh from their European Tour playing at some of the biggest Rock Festivals and Sold-Out headline shows, culminating in beyond capacity headline performances in Salzburg, Budapest, Prague & Japan, the band are making their way to the USA. Don’t miss them on their first-ever North American Headline Tour entitled “The Dirty Dozen” marching across the USA in August.

The Dead Daisies’ latest live outing “Live & Louder” continues to garner explosive reviews around the world and is quickly becoming a fan favorite being viewed by them as “best sounding Live Album of all time”.

The band features in their ranks some of the finest Rockers on the planet, among them one of the premier lead guitarists of this day and age, Doug Aldrich (Whitesnake, Dio). He completes a powerhouse line-up consisting of charismatic singer John Corabi (Mötley Crüe, The Scream), bassist extraordinaire Marco Mendoza (Thin Lizzy, Whitesnake), drummer to the stars Brian Tichy (Ozzy Osbourne, Foreigner) and bringing the thunder from down under, Australian rhythm guitarist and founder David Lowy (Red Phoenix, Mink).

About Grand Funk Railroad: Grand Funk Railroad, sometimes shortened as Grand Funk, is an American rock band popular during the 1970s, when they toured extensively and played to packed arenas worldwide. David Fricke of Rolling Stone magazine once said, "You cannot talk about rock in the 1970s without talking about Grand Funk Railroad!" Known for their crowd-pleasing arena rock style, the band was well-regarded by audiences despite a relative lack of critical acclaim. The band's name is a play on words of the Grand Trunk Western Railroad, a line that ran through the band's home town of Flint, Michigan.