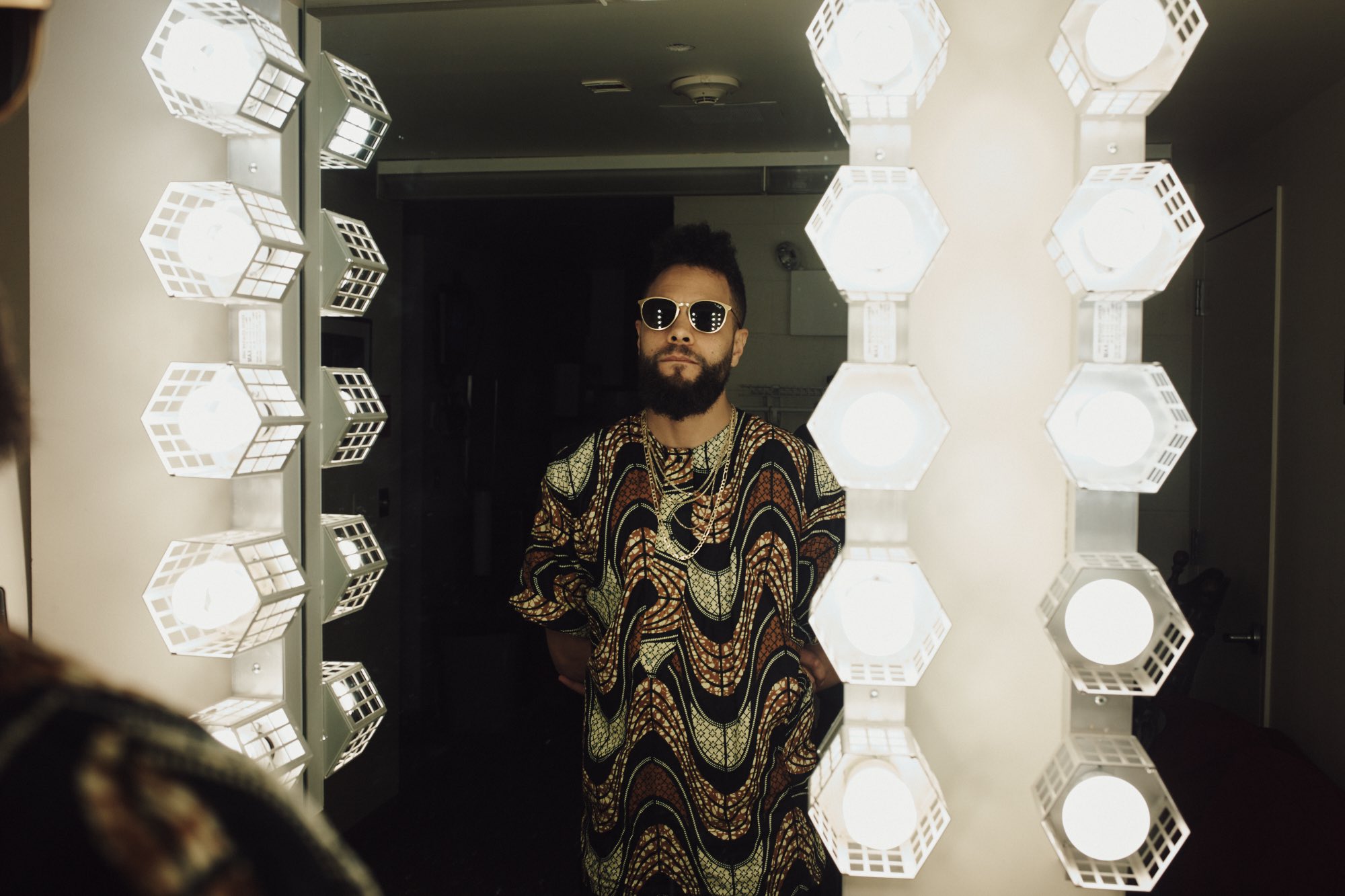 Kassa Overall tells Brooklyn Vegan about the inspiration behind “Cussing At The Strip”: “The song is about how it isn’t our job to constantly judge each other and decide who is doing right or wrong. It is our job to judge our own actions. Also, the divine experience is a personal journey. Don’t fall into the trap of other people’s projections about your reality. This lesson is also reflected in the video as it deals with a character losing his grip between reality and virtual reality.”

Kassa Overall is best known as a member of the rap duo Kool & Kass with Kool A.D. (formerly of Das Racist). He currently performs nightly as DJ/hype man with Jon Batiste and Stay Human on The Late Show with Stephen Colbert. As a drummer, he performs regularly with Theo Croker, and co-produced Croker’s critically acclaimed 2016 album Escape Velocity. For the past three years, Kassa has toured with legendary jazz vocalist Dee Dee Bridgewater.

Kassa Overall is currently on tour with Arto Lindsay in Japan and will be performing with Theo Croker at the Montreux Jazz Festival on June 30th and the Newport Jazz Festival August 6th.