NEWS: Insatia Release Newest Single, "We Are The Grey," Off of Upcoming 'Phoenix Aflame' 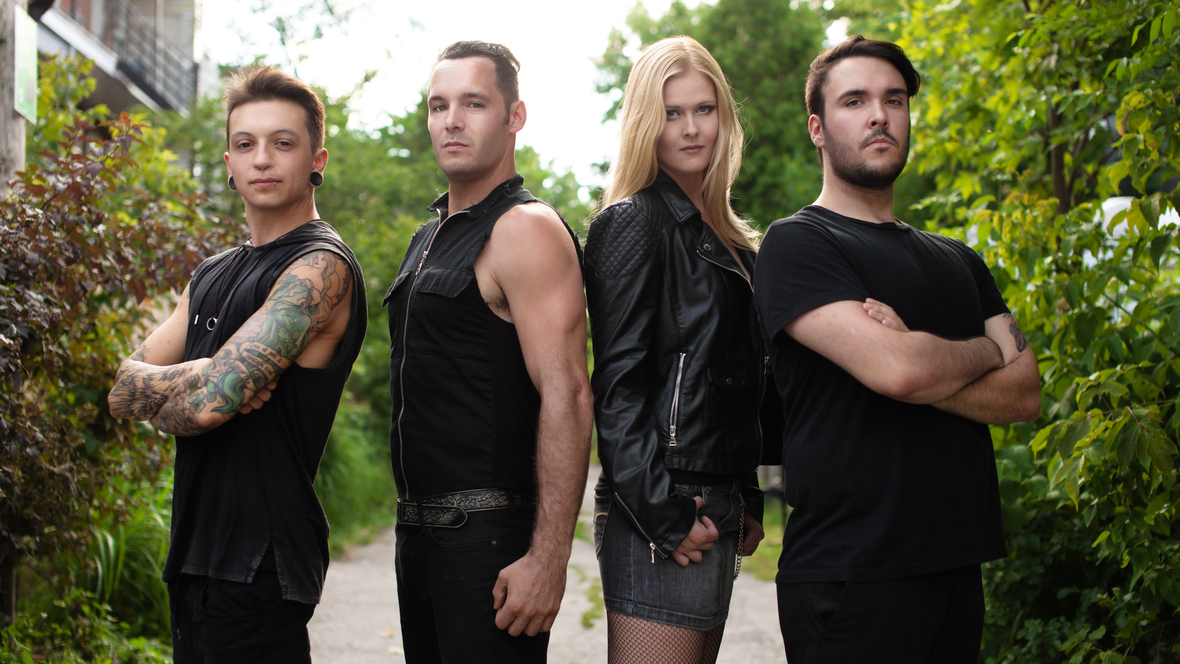 June 13, 2017 - American Symphonic power metal group INSATIA has released the second single, "We Are The Grey," off of their upcoming album, Phoenix Aflame, due out June 23, 2017 via Pitch Black Records. Originally premiered on Metal Underground, "We Are The Grey" and Phoenix Aflame are available to pre-order HERE now.

Vocalist Zoë Federoff comments that the new track "was actually the first song we had written for this album - originally I had constructed it to be a ballad, but as we started working on it, it became more straight up power metal. I don't like discussing my lyrics in too much depth with certain songs, because it's fun to see people apply their own meanings to them. This is definitely one of those songs."

Insatia is an American/Canadian power metal band with female vocals. Founded in 2009 and fronted by Zoë Federoff, the band has released one self produced debut album and opened for multiple international acts, including Sonata Arctica and Dark Tranquility. In 2014 Fabio D'Amore (Serenity) and his partner Ivan Moni Bidin (Starsick System, Pathosray, Last Warning) announced their positions as producers on Insatia's upcoming sophomore release, Phoenix Aflame. Joined by producer Staffan Karlsson, known for his work with Arch Enemy, Firewind, Roxette, and many other notable acts, Fabio and Ivan spent the first part of 2015 recording the album at St. Cecilia Studios in Tucson, Arizona, USA, with engineers Steven Lee Tracy and Robbie Williamson. The album's production then went to Artesonika Studios, Fabio and Ivan's home base, in Perdenone, Italy. In mid 2015 Insatia's lineup was further enhanced by the addition of Dave Ablaze (Blackguard) on bass, as album production continued overseas. Kaelen Sarakinis and Daniel Millan were added on guitars and drums in 2016. Phoenix Aflame is set for a 2017 release and features Apollo Papathanasio (ex-Firewind, Spiritual Beggers), Chris Amott (ex-Arch Enemy, Armageddon), Christian Hermsdörfer (ex-Visions Of Atlantis, Serenity), and Erica James (The Erica James Band).