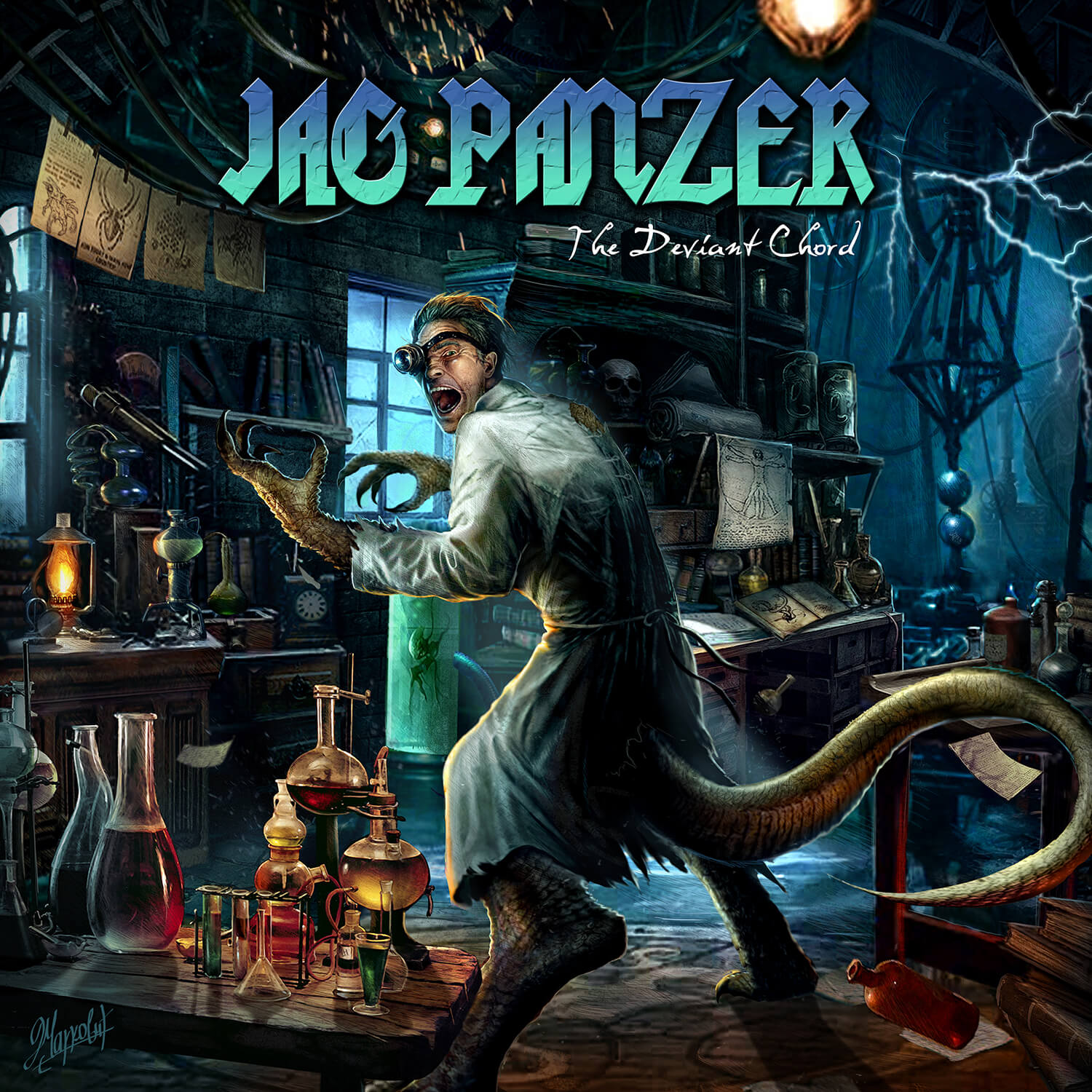 For Jag Panzer, team spirit is more important than anything else. Without team spirit, guitarist Mark Briody would no longer see any reason for continuing the band. "We're like a family, we've all known each other for many years," he says and looks back at the years between 2011 and 2013 when Jag Panzer were on the brink of calling it a day. "Two band members quit and there was little interest in hiring new people and starting over. Introducing new musicians would have been tough, so we decided to disband." But then the American power metal act's strong fan base made itself heard, causing the spark to be rekindled. Briody: "We had a lot of interest in our early albums, so my band mates soon noticed that people were still listening to Jag Panzer, that the audience was still there. We started talking on the phone more and more. Some excellent gig offers arrived so we decided we should get back together." What a stroke of good fortune, after all now the public can look forward to an accomplished comeback album. The Deviant Chord is a veritable metal manifesto, scheduled for release on Steamhammer/SPV on September 29, 2017, and consists of ten awesome songs featuring all those typical Jag Panzer strengths that the band's fans have come to appreciate.

Together with band members John Tetley (bass), Harry 'The Tyrant' Conklin (vocals), Rikard Stjernquist (drums) and Joey Tafolla (lead guitar), who has returned to the fold, Briody has recorded an album that impresses in every respect and that benefits from the outstanding qualities of all five band members. "John does our 'quality control', meaning that he makes sure every song we do is the best it can be. Harry is a musical genius. He's been singing since we were kids, he's very skilled in vocal arrangements and vocal recording techniques. This skill makes him a very big contributor in the songwriting.  Rikard is all about drumming. He's been drumming since he was a small child and has never stopped. He grew up living all around the world and he has always been in a band. Joey is the classic lead player in every sense of the world. He has amazing skill on the guitar plus an outstanding stage presence. His playing makes every song better."

The Deviant Chord will be available as a CD Digipak (including poster) and double LP coloured version as well as for download and streaming. The cover artwork was created by Serbian artist Dusan Markovic and reflects the album's haunting atmosphere perfectly. Briody gives also some hints: "Fans of both science fiction and real life scientists should look closely at the new Jag Panzer album as the band has placed a few hidden tributes in the album art!"

There can be no doubt: the spark has rekindled the fire in Jag Panzer and it's burning brightly. Briody: "The mood in the band is very focused. This album was the first time we did multiple demos for every song. So everyone has been very involved in every step. Each band member got to see a song grow and change with time. That's very exciting for us. And we're all excited to unleash The Deviant Chord unto the world."