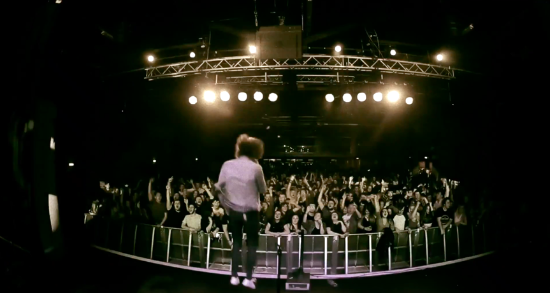 Premiering yesterday with CLASH, the video shows off the band’s crisp stage show, one that the magazine say is “bristling with youthful energy and a sense that they're on exactly the same side as their audience.”

‘King Size’ is a raucous blast of indie rock magic, channelling the youth and exuberance of early Blur, making the boys an extremely exciting prospect.

As part of their release, M O S E S are set to play a full live tour across Propaganda’s club nights in June (see dates below). Alongside the tour, they have also been confirmed to make a string of festival appearances, including sets at 2000 Trees, Kendall Calling & Lakefest.