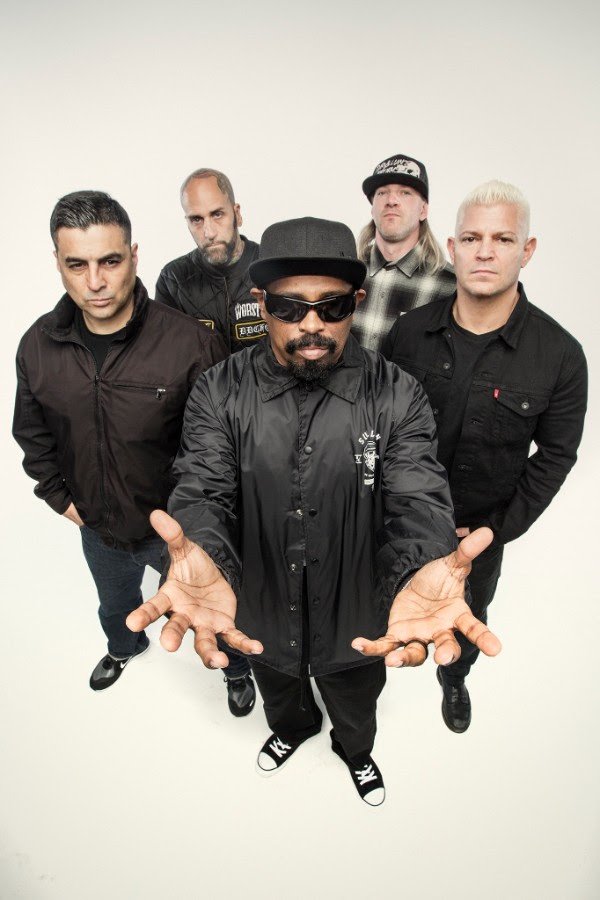 (New York, NY) - Metal/hip-hop all-stars Powerflo have just been confirmed for a West Coast run of dates as support for P.O.D.  This tour marks the band's first series of dates.  Of the upcoming trek Powerflo's Bill Graziadei commented, ""We're so amped to get on tour and show everyone what Powerflo is made of! To be with our homies in P.O.D., that takes the cake!  See you in da pit!"  Please see below for P.O.D. tour dates with more to be announced, including a headlining date in advance of the tour in Los Angeles at The Viper Room.

In other news, Powerflo's first single, "Resistance," has been tapped as the latest theme song for WWE NXT, the weekly wrestling battle show on the WWE network.  The song was featured for the first time in last week's broadcast and will continue to be part of this season's programming.  To check out the "Resistance"/WWE NXT promotional reel, please click here.

The origins of Powerflo can be traced back over more than two decades as the members of the band would collaborate on numerous occasions. In addition to both Cypress Hill and Biohazard appearing on the landmark platinum-selling Judgment Night Soundtrack, Sen Dog delivered a cameo on Biohazard's STATE OF THE WORLD ADDRESS in 1993, while Christian both guested on Cypress Hill's chart-topping 2000 double-album SKULLS & BONES, which Roy also guested on, and 2001's STONE RAIDERS in addition to performing with the group countless times. In 2015, longtime friend Roy played demos for Sen on a ride to the airport.  The music immediately spoke to the rapper and thus Powerflo was born.