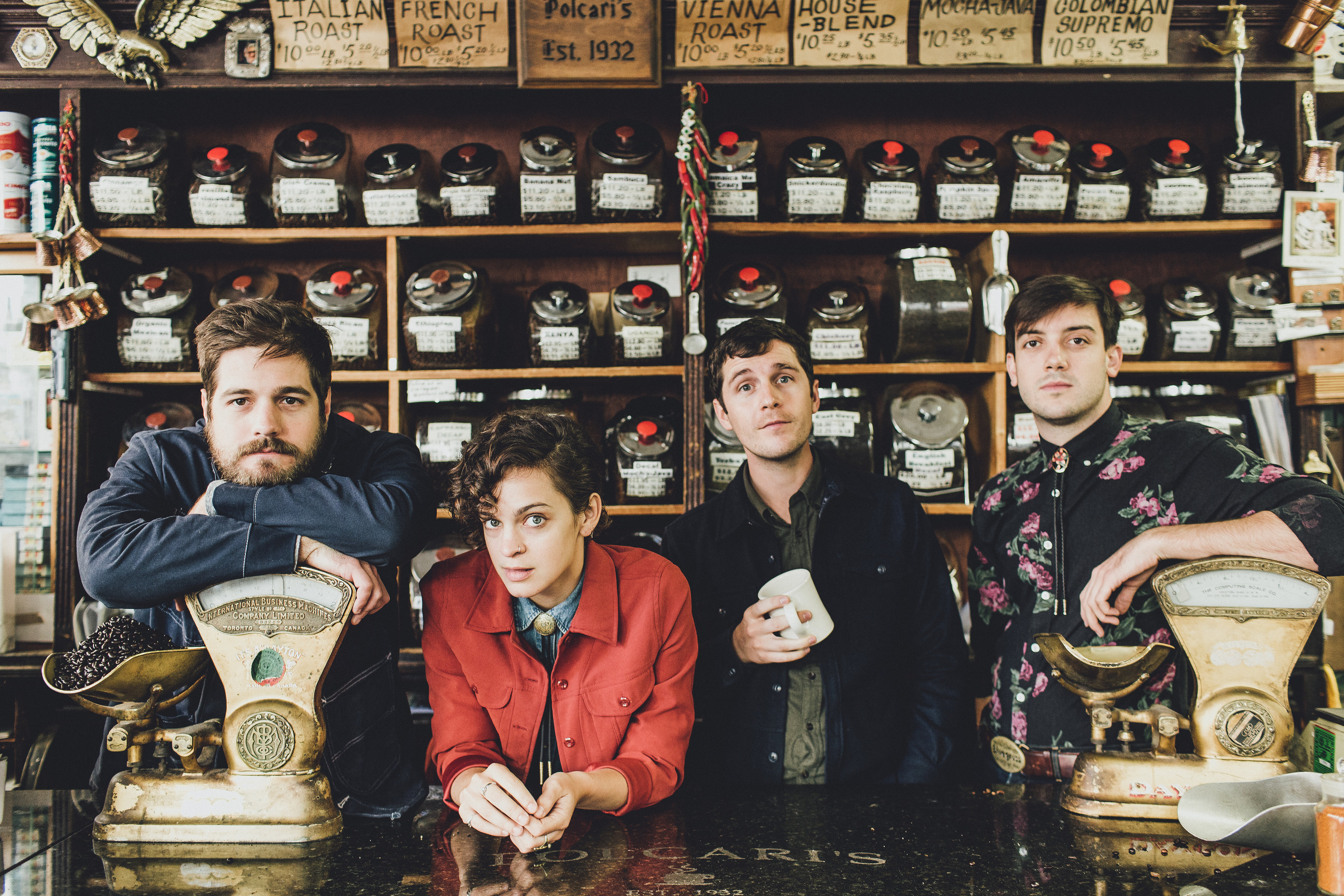 In support of their recently released new album, Coming Down The Mountain, Mipso announce additional tour dates to their current Summer 2017 Tour. Expanding to include dates on West Coast, including The Blue Note in Napa and Slim’s in San Francisco, Mipso have also added dates in the Southwest, bringing their praised live show to Eddie’s Attic in Decatur, GA, Gasa Gasa in New Orleans, Saturn in Birmingham, AL and more. All confirmed dates are listed below.

On April 7th, 2017, acclaimed Chapel Hill quartet Mipso released their highly anticipated new album, Coming Down The Mountain, to rave reviews.  It quickly shot up the Billboard album charts and debuted in the Top 5 of the Bluegrass Album Charts.  Of the record, No Depression states, “More songs like this and Mipso will corner the market in a new genre. Something like progressive-Americana or Roots-Progressive. What a way to pump life into a once hallowed music form – progressive rock.” Available now on all digital service providers, Coming Down The Mountain can also be purchased on CD or Vinyl at www.mipsomusic.com.

Watch the Video for “Hurt So Good” Here

Coming Down The Mountain is the band’s fourth album release, and follows up their critically lauded Old Time Reverie (2015).  After a year and a half of intense touring following their 2015 release, Mipso returned to their home state to write and record. Huddling in a friend’s barn on land usually used for growing garlic and training dogs, they collected their ideas, shared influences, and discussed thoughts on what would eventually become Coming Down The Mountain. The album’s ten songs – all originals - finds Mipso exploring the ideas of our changing relationship to the idea of home, and about being pushed or pulled by forces bigger than us.  Produced by Brad Cook (Megafaun), and adding pedal steel, drums, banjo, and keyboards to the mix, the music on Coming Down The Mountain is full of wistful beauty, hopeful undercurrents, and panoramic soundscapes that impart intimacy.