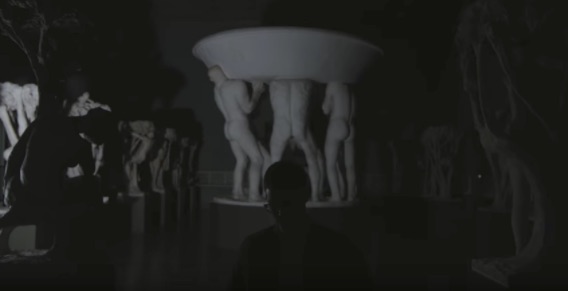 “I got the idea for the video the same week I recorded “Why Bother”, walking around The Vigeland Museum in Oslo. It’s packed with Gustav Vigeland’s beautiful sculptures that expresses the full array of human life, joys and struggles. The sculptures connected so well to how I felt writing the song, so I decided I had to do a video there.

Despite our plan to run around in the dark with a camera and a big light rig, possibly damaging the sculptures, the museum was super helpful and stoked about the project. Shooting it with the super skilled director Kristoffer Grindheim was so much fun, and we’re so happy we got the opportunity to unite different art disciplines in the video.”

Drawing influence from classic soul and R&B, Faas’ debut EP fuses modern electronics with the experimental touches of producer Nicolay Tangen Svennæs (Bernhoft, Emilie Nicolas) and sees Faas navigating through an array of personal hardships. Faas previously shared the debut single “Should’ve Seen It” in February which quickly amassed over 200,000 streams and was put into regular rotation on Norway’s most influential radio channel, NRK P3. The shimmering, soul-tinged Apathy EP is poised to see him emerge as one of 2017’s artists to watch – stay tuned for more!