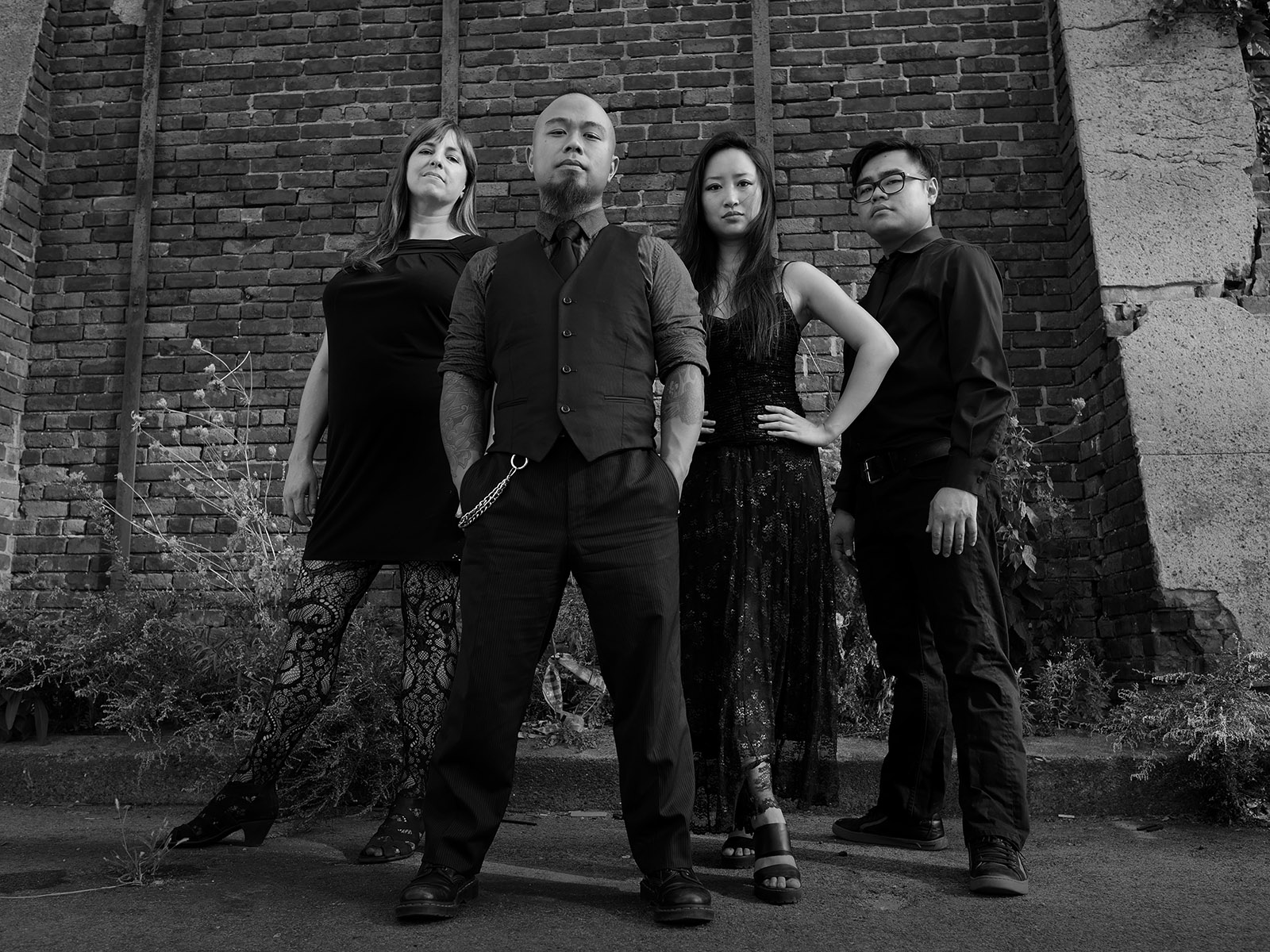 (New York, NY) – String quartet Seven)Suns is thrilled to premiere their first original single entitled “Yama” exclusively with BrooklynVegan. Fans can check out the track now, HERE. The group is gearing up to perform at Drom in New  York City on June 29th in celebration of the release of For The Hearts Still Beating and tickets can be found HERE. The four-piece recently announced their signing to Party Smasher Inc. and unleashed a re-imagined version of “Heathens” by Twenty One Pilots via Alternative Press. It didn’t take long for the uncommon interpretation to spread, later being admired by several other press outlets including Rock Sound, Fuse, and iHeartMedia, Inc..  For The Hearts Still Beating, which will include a total of 10 tracks, is due out June 23rd but pre-orders are available for purchase now, HERE.

When asked about ”Yama” and the record release Earl Maneein said: “‘Yama’ was written with the poetry of the 15th-century Indian mystic poet and saint, Kabir, very much in the forefront of my mind. The overarching theme of Kabir's poetry is that he was a seeker of the Absolute- and that the ordinary grasping and ambitions of humans is useless in the face of death- Yama, as the god of death is named in Hindu and Buddhist traditions. Originally based on a song I had written for my old band Resolution15, the music is centered on this phrase: ‘You will die alone.’” Maneein added: “This has been a long time coming. We've put all of our hearts (haha) into this and we feel that the album reflects our current troubled zeitgeist. We're dedicating this album to anyone and everyone who suffers, anyone who feels like they can't go on, but somehow manages to keep fighting. We hope we can embody that spirit with our show at Drom, which we're really amped to be playing. We're also really thankful to Ben, the Dillinger guys, the Party Smasher guys, and the Right Angle women who helped make all of this happen.”

Seven)Suns is a string quartet that defies pre-existing notions of what a string quartet should be by bringing two related popular music subcultures, Metal and Hardcore, into the tradition of the chamber ensemble. Seven)Suns has a far wider aural palette than is to be expected: driven, aggressive, dissonant and hard-edged as well as at times, contemplative, meditative, and still, running the entire gamut of human emotions ranging from pure, primal rage to serene contemplation. Their repertoire is drawn from works by the members of the group, re-imagined string quartet versions of metal and hardcore songs, as well as works from the Western art music tradition.

Comfortable in many different arenas of music, Seven)Suns has played shows in such diverse venues as The Gallery at Le Poisson Rouge, The Cell Theater, Saint Vitus, Firehouse Space, The Glove, Shapeshifter Lab, and The Knitting Factory.

Seven)Suns first garnered significant attention on social media with its covers of songs by Pantera and The Dillinger Escape Plan. The videos have received over 100,000 views combined and led to features on numerous heavy metal websites such as SkullsAndBones.com and MetalSucks.net among others. This, in turn, has led to a collaboration with The Dillinger Escape Plan on their latest album Dissociation, which was released in 2016 to great critical acclaim.

Seven)Suns recently received a generous grant from the Brooklyn Arts Council to write and perform a piece titled "Songs of the Voiceless" based on the quartet's visits to Rikers Island Correctional Facility in New York City. The members of Seven)Suns have volunteered there playing music for inmates in conjunction with the Rangjung Dharma Prison Project- a Tibetan Buddhist organization whose mission is to teach meditation and provide guidance to inmates.

Their full length album entitled For the Hearts Still Beating will be released by the Party Smasher Inc. label on June 23, 2017 and will include, among other works, “Rikers: Songs of the Voiceles,” “Heathens,” (a wildly different take on a song originally by the band Twenty One Pilots) and “43% Burnt,” the classic The Dillinger Escape Plan song.

For updates on Seven)Suns, please visit: