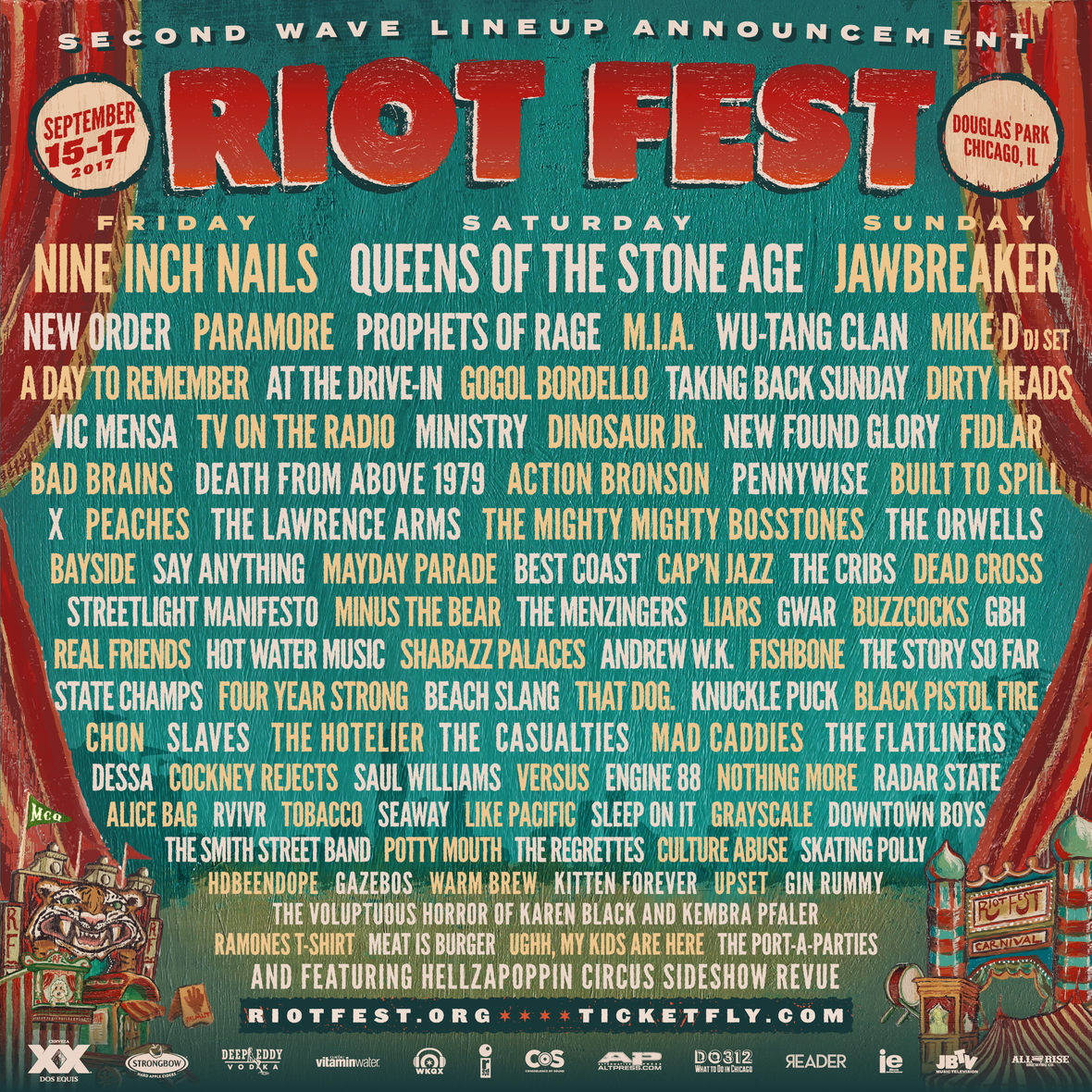 Additionally, several artists have been confirmed to perform their seminal albums in full at Riot Fest 2017: Dinosaur Jr., The Mighty Mighty Bosstones, Built to Spill, Fishbone, Bayside, Mayday Parade, The Lawrence Arms, that dog., plus two more to be announced soon!

The festival will also once again feature a full-scale carnival with rides, games of chance, and of course, the Hellzapoppin’ Sideshow Revue freak show, which will see a much extended footprint from prior years. And to satisfy the refined palates of Riot patrons, there will be over 40 unique and diverse food vendors from which to choose.

Riot Fest Three-Day Passes are on sale now, with General Admission and VIP options via Ticketfly.