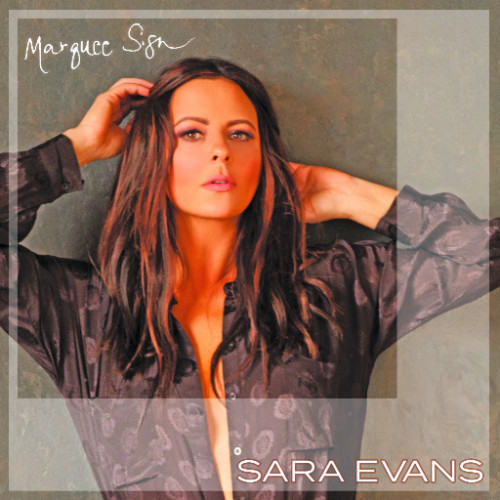 Written by Sara with Jimmy Robbins and Heather Morgan, “Marquee Sign” is the first single from Evans’ upcoming album Words, due July 21 on her own Born To Fly Records. The multi-platinum entertainer enlists her daughter, Olivia Evans, to add her own unique vocal style to the song.

“Having Olivia sing on ‘Marquee Sign’ is such a special moment for me, not only as a mom but also as a fan,” said Sara. “I was so impressed when she went in the vocal booth and started singing these really cool parts and ad-libs at the end of the song! My fans have watched her grow up on the road with me and I can’t wait for them to hear her on this song.”

Limited-edition Words fan packages are available for pre-order at saraevans.co/SEStore. Pricing starts at $11.99 and include a variety of bundles ranging from a signed CD or vinyl version of Words, a Sara Evans t-shirt, journal, mug or acoustic guitar.

Additional details about Sara’s new album Words will be revealed in the coming weeks. Fans can catch up with Sara on the road with dates booked throughout the year. For more details, check out saraevans.com.