NEWS: THE FRIGHT Sign Worldwide Deal With SPV/Steamhammer New Album To Be Released 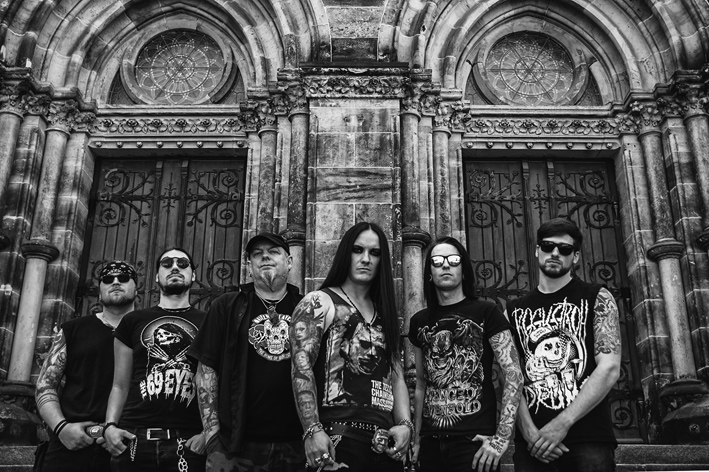 THE FRIGHT, hailing from Leipzig Germany, just inked a worldwide deal with Steamhammer / SPV. The new album by the German Dark Rockers is already recorded and was produced by the very well known Waldemar Sorychta (Lacuna Coil, Sodom, Tiamat, Moonspell, The Gathering etc.) who created a top-notch sound for the band. The release is targeted for autumn this year. More information on this will follow soon.

Lon Fright (Vocals THE RIGHT) on the signing: "This band started as a vision, a dream of 12 year old kids. Now, fifteen years later you can look forward to an album that will beat the previous ones without any problems. Such a dark Diamond should be recognized. That's why we are very happy to be part of the Steamhammer family now who can look back on decades of experience in the Rockbiz and believes in us as much as we do. The night belongs to us!"

Georg Schröder (A+R Steamhammer): "I'm really looking forward to our co-operation with THE FRIGHT. The new album of the band can easily keep up with international productions and it spreads a dark and arty atmosphere which nevertheless leaves you with an smile on your face. It will attract fans of dark sounds as well as rock fans."