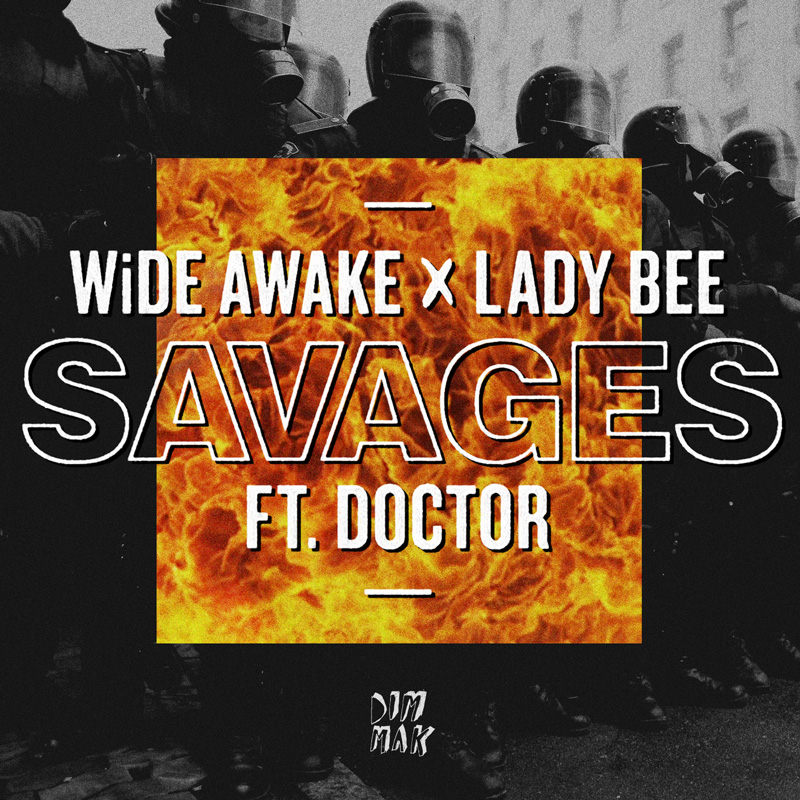 With production credits for stars like Stormzy, Pitbull and Will Smith, WiDE AWAKE are amongst some of the hottest producers in the game. MTV UK called them, “The act you need to watch out for,” and their unique infusion of bass sounds with rhythmic trap has earned them support from tastemakers such as Skrillex, DJ Target, Annie Mac, MistaJam and Flux Pavilion. 2016 saw numerous successful WiDE AWAKE releases, including “Ready” and “Love Me (feat. Jacob Banks),” which have respectively gained 12 million and 8 million views and counting. The duo finished the year with their New Noise debut “CRWN,” alongside UNKWN.

In a similar fashion, Lady Bee’s ability to mash Hip-Hop, Trap, Bass and Moombah genres together has earned her international respect and releases on Spinnin’, Mad Decent, Mixmash and Dim Mak. Her last Dim Mak single “Bucka,” a global collaboration with Noise Cans and Mr Vegas, topped the Beatport Hip-Hop chart and earned accolades from The Guardian, THE FADER and more. Gaining traction as an international powerhouse, her track “Wheels In Motion” earned a spot in Diplo’s “Best of 2016” mix on his BBC Radio 1Xtra show. Making headway this year with brand new songs “Overdose,” “Rebel” and “Savages,” as well as a tour spanning Europe and Southeast Asia, Lady Bee is bringing her festive sounds to a city near you.

Completing the trifecta is Doctor on vocals, a MC hailing from South London with Jamaican roots, who broke out with 2005’s Before Surgery, a highly regarded mixtape circulated amongst the grime scene. Doctor’s distinctive style traverses various dialects and genres from grime, pop, and EDM, and has garnered the esteem of Busta Rhymes, Nas, and Ne-Yo, who have extended invitations for Doctor to support them in their European tours, respectively. Doctor has also been featured in Sigma’s “Rudeboy,” Flux Pavilion’s “International Anthem” and has previously released a track through Dim Mak, “Dancefloor” alongside MRK1. His latest single “Only You” came out in January.