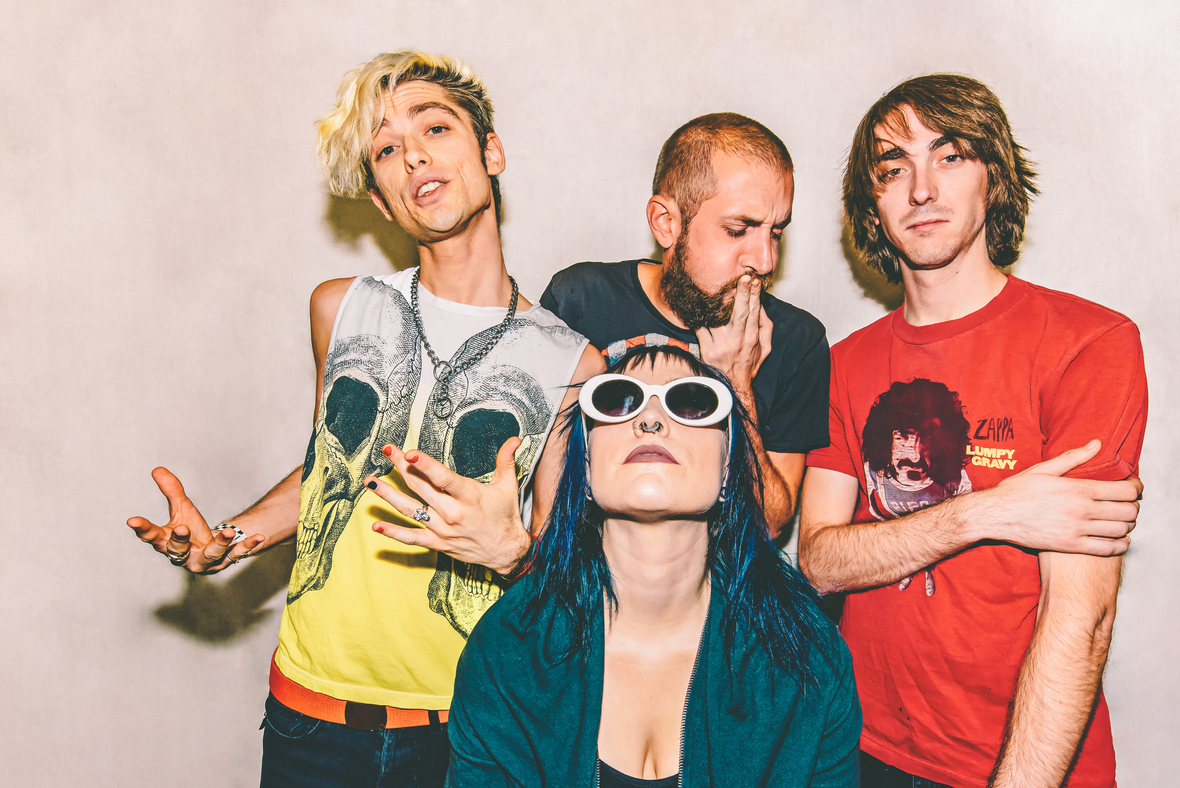 Arizona-based alternative quartet Fairy Bones has released a fast-paced music video for their latest single "No One Can Suffer Like I Can." Underneath the nihilist title, lies a sarcastic track pointing out that everyone is fighting different battles of different magnitudes. Vocalist Chelsey Louise addresses her own struggles with depression with a self-effacing sense of humor in the song. The video originally premiered with Impose Magazine.

"I'll tell myself, ‘Suck it up b---h, there's so much worse happening in the world.'," says Louise. "But I realized, if I don't help myself first, I'm cornering myself into being useless to others. I need to save myself before I can save anyone else. I use humor to mask the fact that I'm ‘suffering.’ So do others. Misery loves company and all that. It's kind of nice when someone else understands that. Just ’cause I post something nihilistic doesn't mean you need to be worried. I'm still working this all out myself so I don't want to come off like I have all the answers, or any answers for that matter, but that's where I'm at in my head right now"

The song drives along at full steam before the unexpected payoff of a chorus drops in, leaving you to bob your head along with the pop-friendly hook. Produced by Bob Hoag (The Format, The Ataris), the single has already received local praise from AZCentral, Phoenix New Times, and Fox Ten Phoenix. "I didn't want to explain away the song with a convoluted storyline," Louise says of the video (directed by Jeremy Tremp). "The song means one thing to me, but I wanted anyone to be able to apply it to their situation and the video doesn't rob you of 'your' meaning. It also shows off our hometown, where I believe you always end up in shitty times. Also, I'll take any chance to drive a cool car."

"No One Can Suffer Like I Can" is available on all digital retailers here.