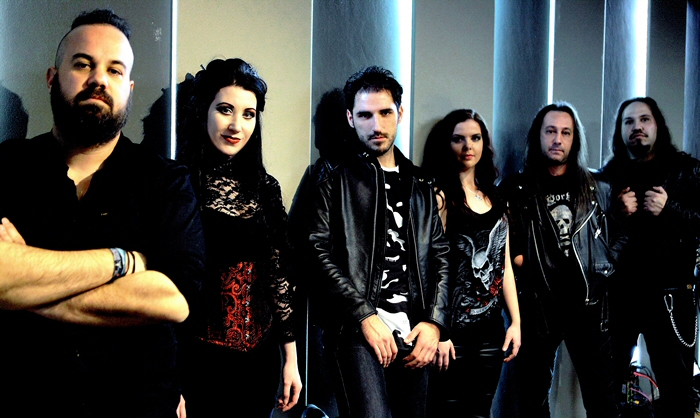 May 18th-21st the Athens based Symphonic Metallers FALLEN ARISE toured, as special guest, with PARADISE LOST, in Russia. Now the band has issued the tour recap in photos and videos.

The band stated: "It is with great pleasure to inform you that yet another Fallen Arise Tour was successfully ended. After the exceptional experience on the road in Europe with Fates Warning last January/February, it was Russia’s turn to get to know the band with three shows as a support act of Paradise Lost. More than 4000 fans warmly welcomed and applauded Fallen Arise."

As previously announced, FALLEN ARISE will play Hammerfest (Wales) on the 17th of March 2018. Furthermore, the band is in the studio, recording their next, third album.

Check out the fan-filmed videos from the last tour with PARADISE LOST in Russia, enjoy!

FALLEN ARISE, formed in 2009, released their second full length album “Adeline” in October 2015, via Rock Of Angels Records (aka ROAR), combining a theatrical atmosphere with a progressive approach and a heavy-metal-alike heaviness. The album takes us back in time of the Victorian era of the 19th century (1837-1901), presenting us the decay of the human body and mind through fiction. The album was realized in the collaboration with an ensemble of 40 renowned musicians from the National Opera, the Athens State Orchestra, the NERIT Orchestra and the Piraeus Concert Band. FALLEN ARISE have shared the stage with MOONSPELL, LEAVES’ EYES, OUTLOUD, as well as playing several shows in Greece.