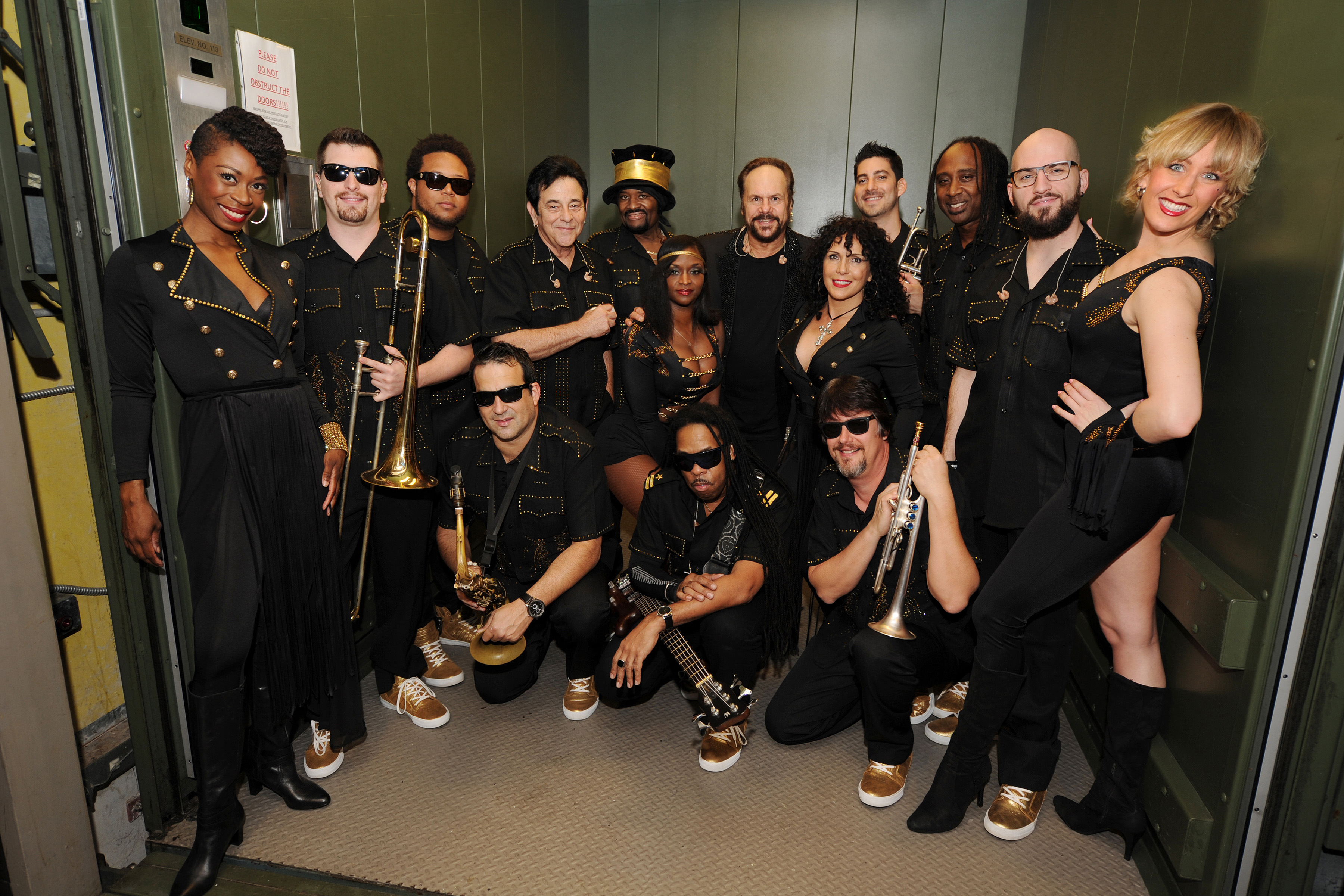 MIAMI, Fla. – For the first time in almost 2 decades, KC and the Sunshine Band will be back in the U.K. for 2 amazing performances, opening for Phil Collins on June 30th at historic Hyde Park before headlining one very special show in London July 2nd. In addition, they will entertain fans in Santiago, Chile July 22, and Sydney, Australia Oct 23. The iconic group has ten top 10 hits on the U.K. singles chart including the number 1 song “Give It Up,” and 7 songs that hit number 1 in the U.S., “Shake, Shake, Shake, Shake Your Booty,” “Get Down Tonight,” “That’s The Way I Like it,” “Boogie Shoes,” and many others!

Tickets can be purchased here: ticketmaster.co.uk/KC-and-the-Sunshine-Band-tickets/artist/1373.

The last time KC and the Sunshine Band played in the U.K. was 1999, and the euro was just rolling out, The Family Guy debuted on Fox, Spongebob Squarepants was introduced and the Millennium Dome in London was finally completed!

Thousands of eager fans are awaiting the band’s return to the U.K., saying “This is music that makes you dance, and makes you happy!” ”For a disco-drenched night of soulful 70’s pop classics, you can’t go wrong with a KC and the Sunshine Band show.” “They’re pure entertainment on stage!” “Absolutely brilliant!”

“We can’t wait to go back to the U.K. and perform all of the songs that our fans love!” says KC, “We promise to make these shows unforgettable,” he adds.

For over 40 years, KC and the Sunshine Band have been bringing people together on the dance floor. Today is no different, with the release of their latest single “Movin’ Your Body.” Written by founder Harry Wayne Casey (KC), the track has already impacted the Billboard Dance Chart at No. 46 and is his fourth consecutive Billboard Dance charting single. The infectious song is exactly what the doctor ordered from KC and the Sunshine Band. The deluxe remix collection afeatures hot versions served up by a who's-who of dancefloor deliverers, including the legendary Tony Moran and Brian Cua, Ralphi Rosario, Eric Kupper, Bob Rosa, LA Rush, Vauxhill, Joe Gillan, Serbiscan and Mark Hagan. The Eric Kupper mixes are available now on Amazon Music, Google Play, Apple Music / iTunes, Spotify and more!

“With all the tension in the world right now, I wanted to write a song to help people escape and leave their worries behind,” says KC. “I want people to get onto the dance floor and shake their booty, like we did in the old days and are still doing today.”

KC and the Sunshine Band bringing the boogie to the world:

About KC and the Sunshine Band: KC and the Sunshine Band aim to serve a single purpose: to create instant happiness through music. For over 40 years the group has done just that, topping the charts with seven No. 1 singles which became iconic hits (like "Shake, Shake, Shake, Shake Your Booty," "Get Down Tonight," "That's The Way I Like It," "Boogie Shoes,". The band has also achieved three triple platinum albums, three GRAMMY® Awards, (including Album of the Year for the Saturday Night Fever soundtrack), an American Music Award. They became the first act since The Beatles to score four No. 1 pop singles in one 12-month period in 1976. KC and the Sunshine Band's unique meeting of Caribbean, pop, R&B and Latin inspired infectious grooves and their distinctive Sunshine Sound, impacting the world over and teaching them how to boogie. The band's infectious sound has given life to countless ad campaigns, hundreds of movie soundtracks and numerous television shows, including the BBC's Strictly Come Dancing in 2014. In 2001, KC was honored with the National Association of Recording Arts and Sciences Governor's Award, the highest honor given by a chapter of the Academy. KC and the Sunshine Band has defined dance music and forever influenced music with its timeless sound and mission of getting people out of their seats to celebrate, which is still being fulfilled today. For more information, please visit heykcsb.com.