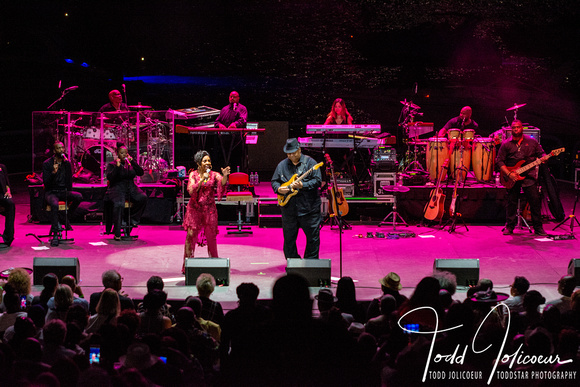 Seems to be a run on big shows moving through Detroit lately and another that hit my schedule as a big one (and a bucket list legend for me personally) was a recent appearance from Ms. Gladys Knight.  This performer brought all the hits and some covers and blessed a capacity crowd at The Aretha on a Sunday night with an energetic show full of great music, cool banter, and a ton of smiles, both from the stage and the audience.  As Ms. Knight hit the stage, the crowd applauded her entrance and quickly settled in for a night of classics.  Knight waved to, pointed at, and acknowledged friends, fans, and everyone else in the audience as she moved from side to side on the stage and made each of us feel as if she were singing directly to us, even if just for that moment.  A killer few moments for me was during the opening sequence of the set [when us photogs were allowed to photograph this extraordinary performer] was when she broke into a Michael Jackson cover.  Ms. Knight delivered on every level and brought her A-game... not that I expected any less from her at this stage in her career.  If you get a chance, click on the tour dates link and check her out when she comes to a town near you! 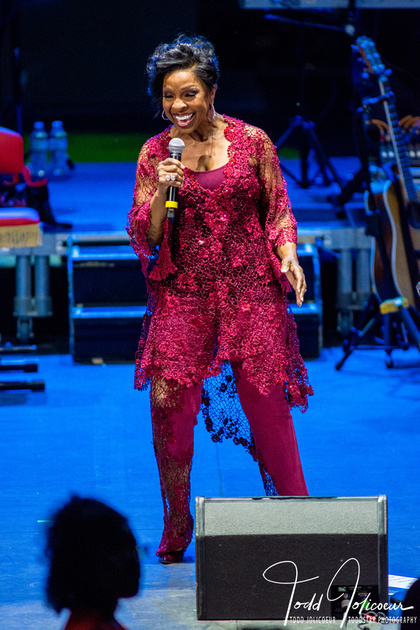